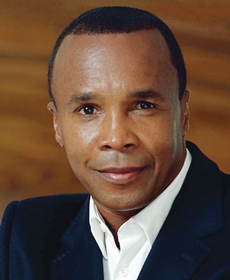 Mr. Leonard, who grew up in Palmer Park on what is now Ray Leonard Road, will unveil his plans to extend the Sugar Ray Leonard Boxing Center by creating additional educational opportunities for local children. He will also present several signed tokens of his appreciation to various attendees.