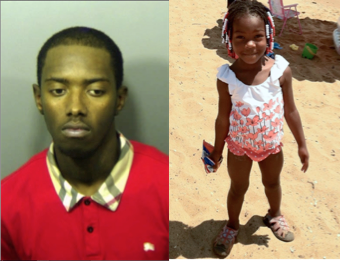 The suspect wanted for killing 3-year-old Knijah Bibb is now in custody. Davon Wallace had been in hiding since August 10, 2014, the day Knijah was fatally shot in Landover. Wallace was captured on Jasper Road in Southeast Washington today at 7:00 am.

The Prince George's County Police Department's Fugitive Squad tracked down Wallace through investigative techniques. Officers with the Metropolitan Police Department arrested him at an apartment this morning. Two adults and four small children were also in the home at the time. Detectives are working to determine Wallace's whereabouts since the shooting.

Chief Mark Magaw and the commanders of the Homicide Unit and Special Investigation Division will discuss the arrest this afternoon at Prince George's County Police headquarters. The news conference is scheduled for 2:30 pm.

Any additional details released prior to that news conference will be shared via @PGPDNews.