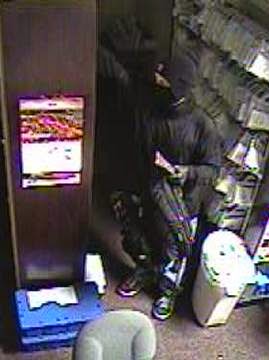 Detectives with the Regional Investigation Division – Southern Region are investigating a breaking and entering at a pharmacy on South Osborne Road in Upper Marlboro. This happened about 10:30 pm on August 31, 2014. Surveillance video caught the suspect taking medication off the shelves. Detectives are looking into the possibility that this burglary is connected to an armed robbery at the same pharmacy in late June. We released surveillance video of that crime shortly after it happened. If you have information on either case, please call 301-868-8773. You can also call Crime Solvers at 1-866-411-TIPS.

Do you recognize this suspect who chose a rather unusual disguise? He’s wanted in connection with an armed robbery at a store in the 4300 block of St. Barnabas Road in Oxon Hill on August 31, 2014. Our investigation reveals he walked in, pulled out a weapon and demanded cash from an employee. After grabbing the cash, he ran from the store. If you know this suspect, please call our Robbery Unit detectives at 301-772-4905. You can also always call Crime Solvers at 1-866-411-TIPS. Tipsters don’t have to give their names and could be eligible for a cash reward. 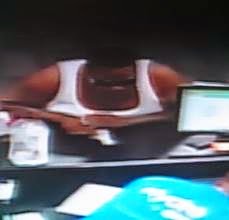 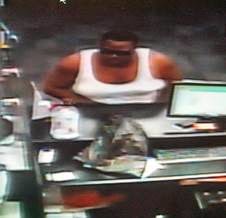 Robbery detectives believe the same suspect robbed another store on September 2, 2014. Here are surveillance photos of the suspect. This time, he targeted a store in the 6200 block of Oxon Hill Road.
If you know him, please call Crime Solvers at 1-866-411-TIPS. 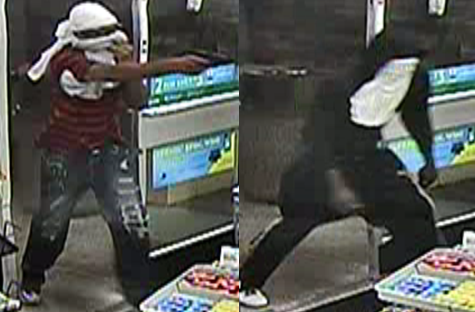 Robbery detectives are also actively searching for these armed robbery suspects. The two men robbed a convenience store in the 6800 block of Race Track Road in Bowie on August 29, 2014. The suspects pointed a gun at an employee and demanded cash. They then ran from the store. The suspects may have driven away from the area in a blue van similar to the one in the picture below. If you have any information on this case, please call 301-772-4905. 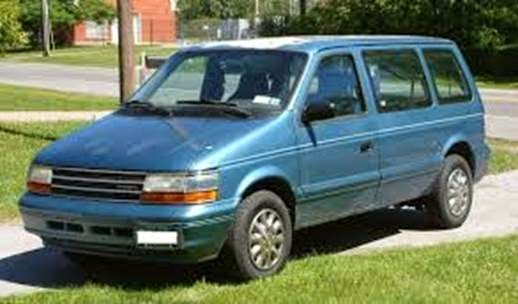 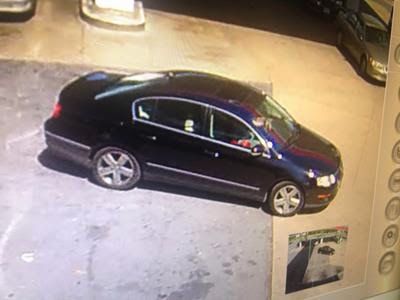 Detectives with our Regional Investigation Division – Central Region are on the lookout for this car. Thieves used it in a theft at a gas station in Landover on September 1, 2014, at about 12:15 pm. The investigation reveals the car pulled into the station and went alongside a minivan. That’s when a suspect crept out of the car and stole a purse from inside the van. The car then left the area. If you have info on this case, call 301-772-4911. Please always remember to lock your car when pumping gas and never leave valuables out in plain sight. Hide it. Lock it. Keep it.

Detectives would like to identify and arrest the suspect seen in the video above. He robbed a gas station in the 6700 block of Old Alexandria Ferry Road in Clinton on September 1, 2014. He targeted the business shortly before 7:00 am. The suspect had a gun and demanded cash from the employee. The employee complied. Once he got the cash, the suspect ran from the area. If you recognize him, please call 301-772-4905.
Posted by Prince George's County Police at 1:52 PM