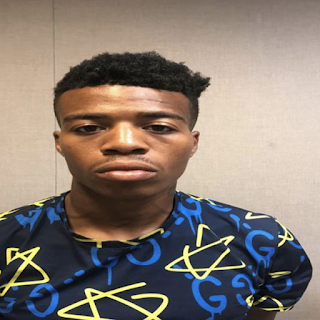 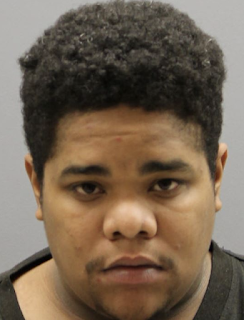 Robert Suesbury
Homicide Unit detectives charged a suspect in connection with a recent double homicide in Suitland. He’s 19-year-old Jharrod Armstrong of the 1400 block of Fairmont Street in Northwest Washington. Investigators also have identified and obtained an arrest warrant for a second suspect in this case. He’s 27-year-old Robert Suesbury of the 1600 block of Euclid Street in Northwest Washington. We are actively searching for him.

On July 9th, at about 7:20 pm, patrol officers responded to the 4600 block of Silver Hill Road for the report of a shooting. Twenty-two-year-old Courtney Simms of 23rd Parkway in Temple Hills and 23-year-old Anthony Douglas of 28th Avenue in Marlow Heights were fatally wounded. The shooting occurred in an alleyway between two businesses.

Investigators are also working to identify the third suspect in this case. The three suspects are seen on surveillance video getting out of a car and then walking out of the screen toward the victims. After the shooting, one of the suspects is seen running back to the car. Preliminarily, detectives believe the suspects intended to rob the victims.

Armstrong was taken into custody in Washington D.C. with the assistance of members of the Metropolitan Police Department. He remains there awaiting extradition to Prince George’s County. Armstrong and Suesbury are both charged with first and second degree murder.