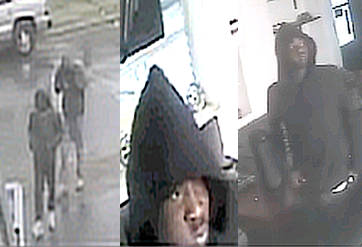 Our Robbery Unit detectives are hoping the two suspects in this video and in these pictures look familiar.

They’re wanted for the attempted armed robbery of an auto repair shop on Sheriff Road in Capitol Heights on April 25, 2014. On the video, one of the suspects is seen walking inside the business. Surveillance cameras also caught both suspects walking up to the business and then running back out.  If you know the identity of these suspects or have information on this case, you’re asked to call 301-772-4905.  A cash reward is being offered in this case.

Robbery detectives are also looking for four suspects who robbed a gas station on Eastern Avenue in Mount Rainier on April 28, 2014 shortly before 3:00 am.  The investigation suggests that four suspects drove up to the gas station in a white pickup truck. Three of the suspects pried open the business’s front door. Once inside, they demanded cash from an employee and assaulted him. The suspects grabbed cash from the register and also forcibly removed an ATM from the store. The suspects loaded the ATM in the getaway truck. The victim was treated on scene for his injuries. Anyone with information on this case is asked to call 301-772-4905. 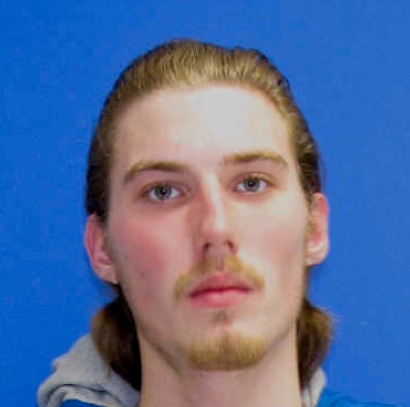 Our Regional Investigation Division – Southern Region is searching for this suspect. He’s wanted in connection with an assault on April 25, 2014, on Farm Road in Upper Marlboro.  He’s identified as 20-year-old Demitri Raymond Gardiner of Archer Street in Leonardtown.  If you know where we can find him, please call 301-749-5064. 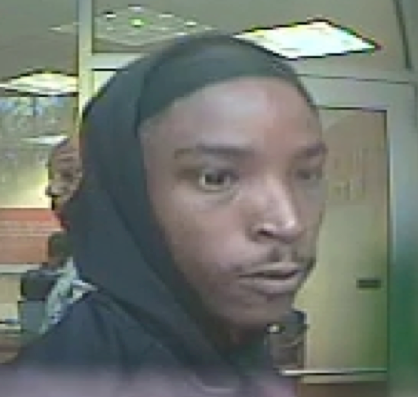 Detectives are also looking for this suspect. He’s wanted for trying to rob a man outside of a bank in the 10000 block of Indian Head Highway in Fort Washington on April 25, 2014.  Our preliminary investigation reveals that moments after the victim walked out of the bank, the suspect approached and grabbed at a bag the victim was holding.  The victim and suspect got into a struggle. The suspect ran away without the victim’s belongings. If you’ve seen this suspect, please call 301-749-5064. 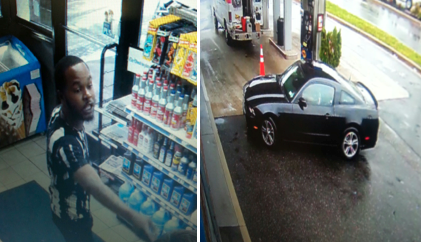 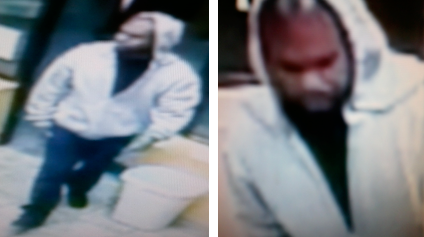 Our Robbery Unit is hoping to find the suspect shown in the above surveillance photos. On April 26, 2014, the suspect committed an armed robbery at an ice cream shop on Greenbelt Road in Lanham. The suspect held an employee at gunpoint and got away with money from the cash register. Please call CRIME SOLVERS at 1-866-411-TIPS or the CID-Robbery Unit at 301-772-4905 with any information on this robbery or the identity of the suspect. A cash reward is available.
Posted by Prince George's County Police at 2:37 PM No comments: 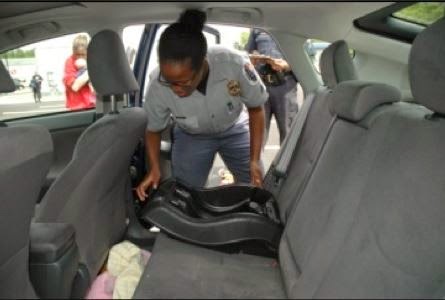 Certified car seat technicians will ensure that car seats and boosters are properly installed. All car seats must be installed upon arrival. Appointments are not necessary. Each car seat check takes about 30 minutes. If possible, please bring the manufacturer’s manuals for the vehicle and car seat.

It’s a time to pause and honor fellow police officers who made the ultimate sacrifice.  Members of the Prince George's County Police Department will take part in several events scheduled during National Police Week, which runs from May 11-17, 2014.  Law enforcement officers from across the country will gather in Washington, DC to pay tribute to fallen heroes.

Stop at District 1 Police Station at 10:00 am for a ceremony honoring fallen officers from Maryland.  Guests will include Chief Mark Magaw and local leaders.

12th Annual Steve Young Honor Guard Competition
Wednesday, May 14, 2014, 8:30 am
The competition will begin at 8:30 a.m. at the Ulysses S. Grant Memorial (1st Street between Pennsylvania Avenue and Maryland Avenue), below the west front of the U.S. Capitol. Awards will be presented immediately following the competition. This event is sponsored by the Grand Lodge Fraternal Order of Police.

The Prince George's County Police Department is asking for our community's help in identifying a suspect who inappropriately touched a woman in College Park.

On April 25, 2014, at about 12:30 pm, patrol officers were called to the 9500 block of 49th Place for the report of a sexual offense. The preliminary investigation suggests a man knocked on the victim’s door, claiming to be selling magazine subscriptions. While speaking with the victim, he touched her inappropriately and tried to kiss her. He then ran from the home.

The suspect is described as an African American male, 25-30 years old, about 5'8" and 160 pounds.  He had short hair and a small amount of facial hair under his chin. He was last seen wearing a neon green and black plaid shirt, blue jeans and black shoes.

Anyone with information on this sexual offense is urged to contact the Prince George's County Police Department's Regional Investigation Division – North at 301-699-2601.  Callers wishing to remain anonymous may call Crime Solvers at 1-866-411-TIPS.  Crime Solvers is offering a cash reward for information leading to an arrest and indictment in this case.  Tipsters never have to give their name. 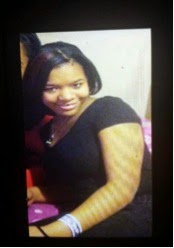 Police officers who are skilled in home repair served as house captains. House captains were tasked with organizing the volunteers and acting as the on-site managers. The PGPD worked on homes in Landover, Clinton, Hyattsville, Upper Marlboro, Temple Hills, and Fort Washington.

This year in Prince George's County, approximately 3,000 volunteers worked on as many as 90 homes. 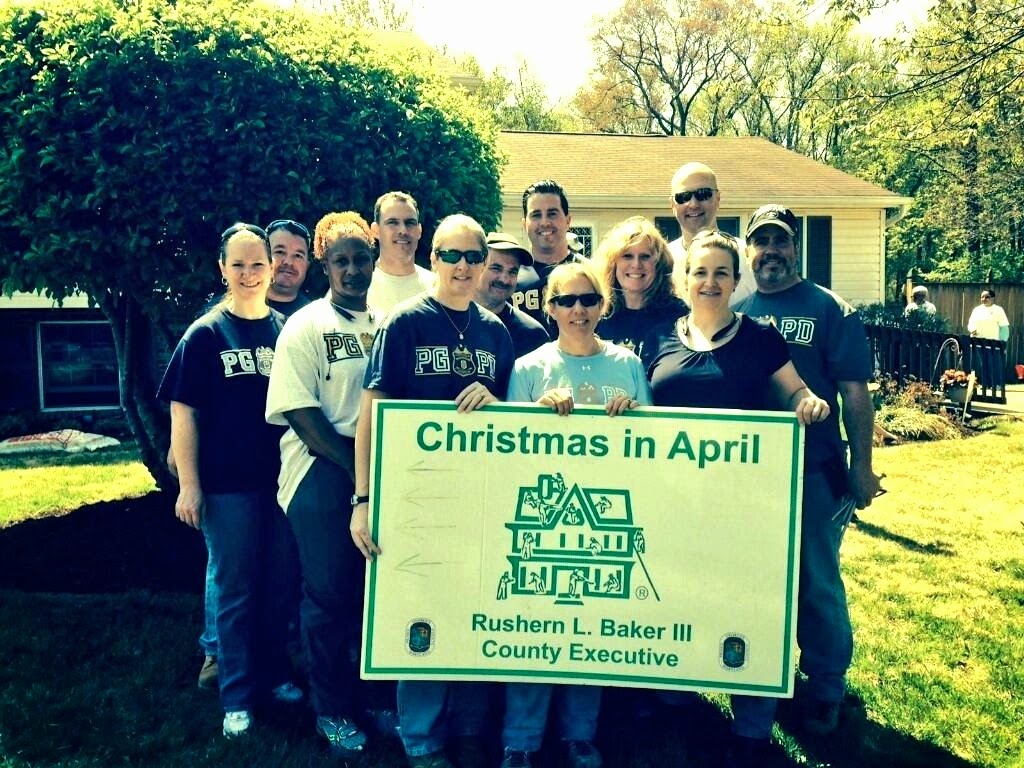 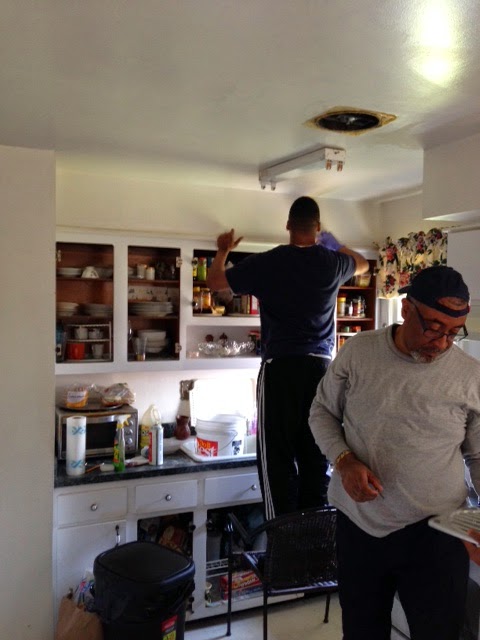 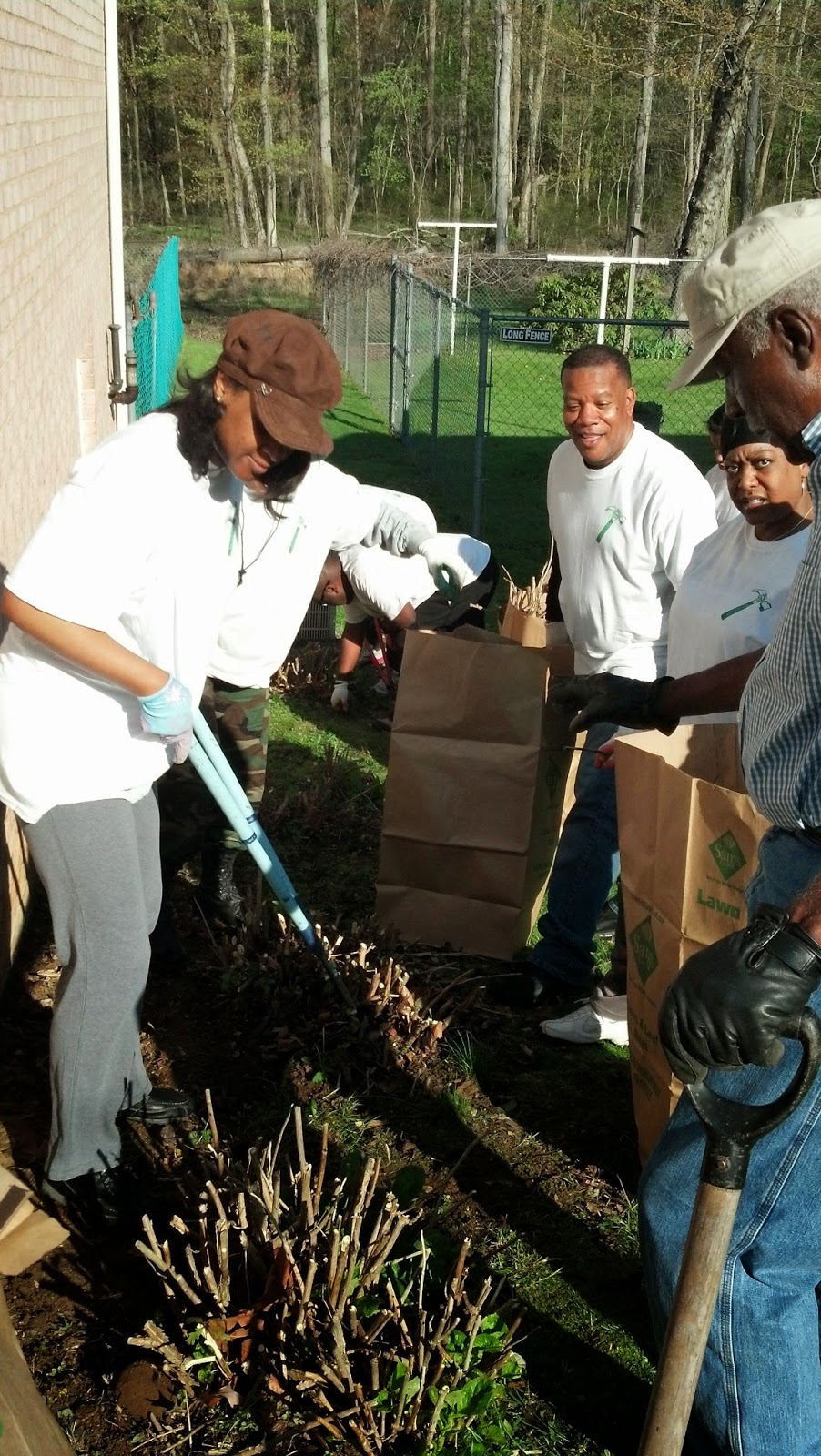 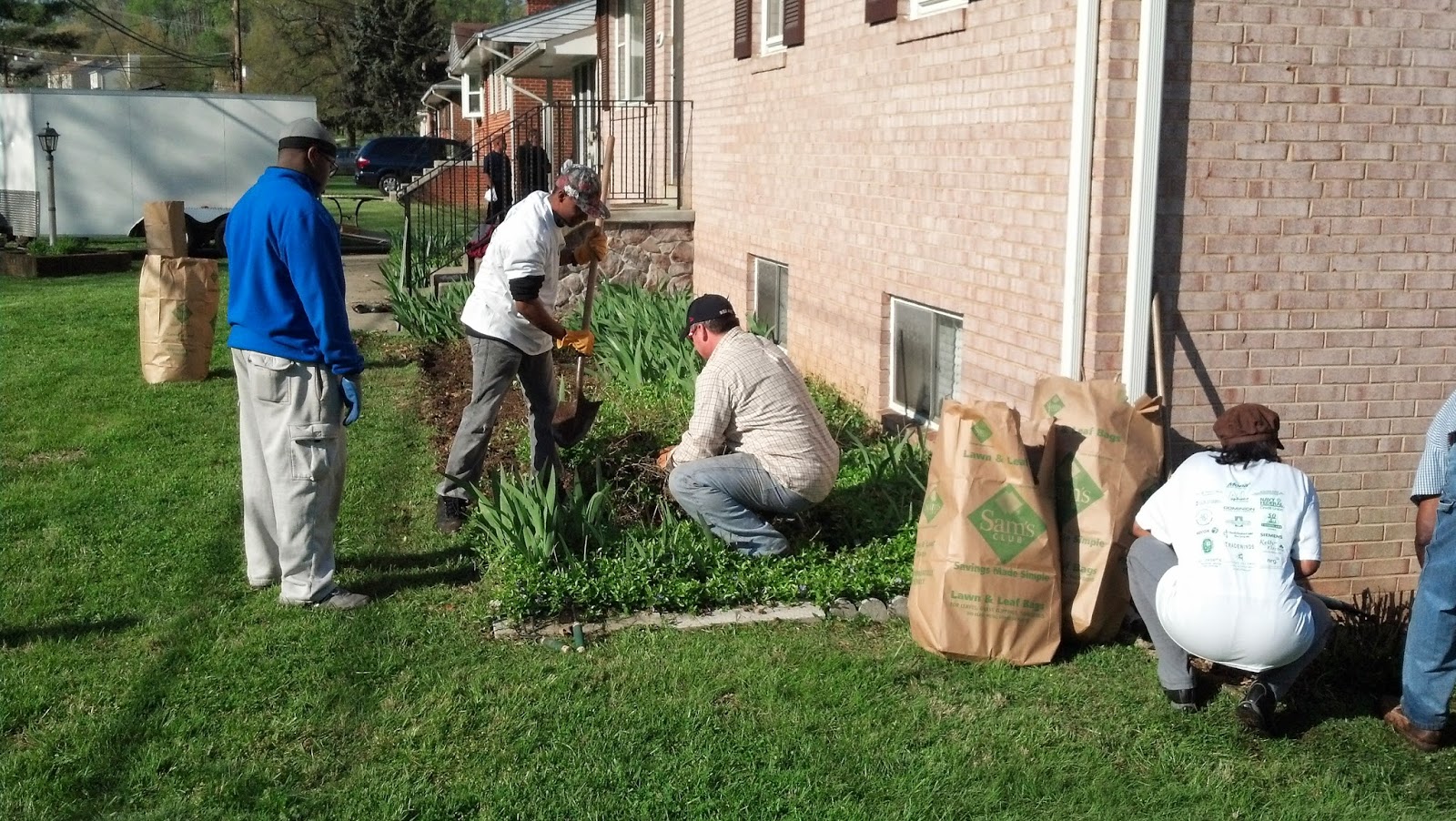 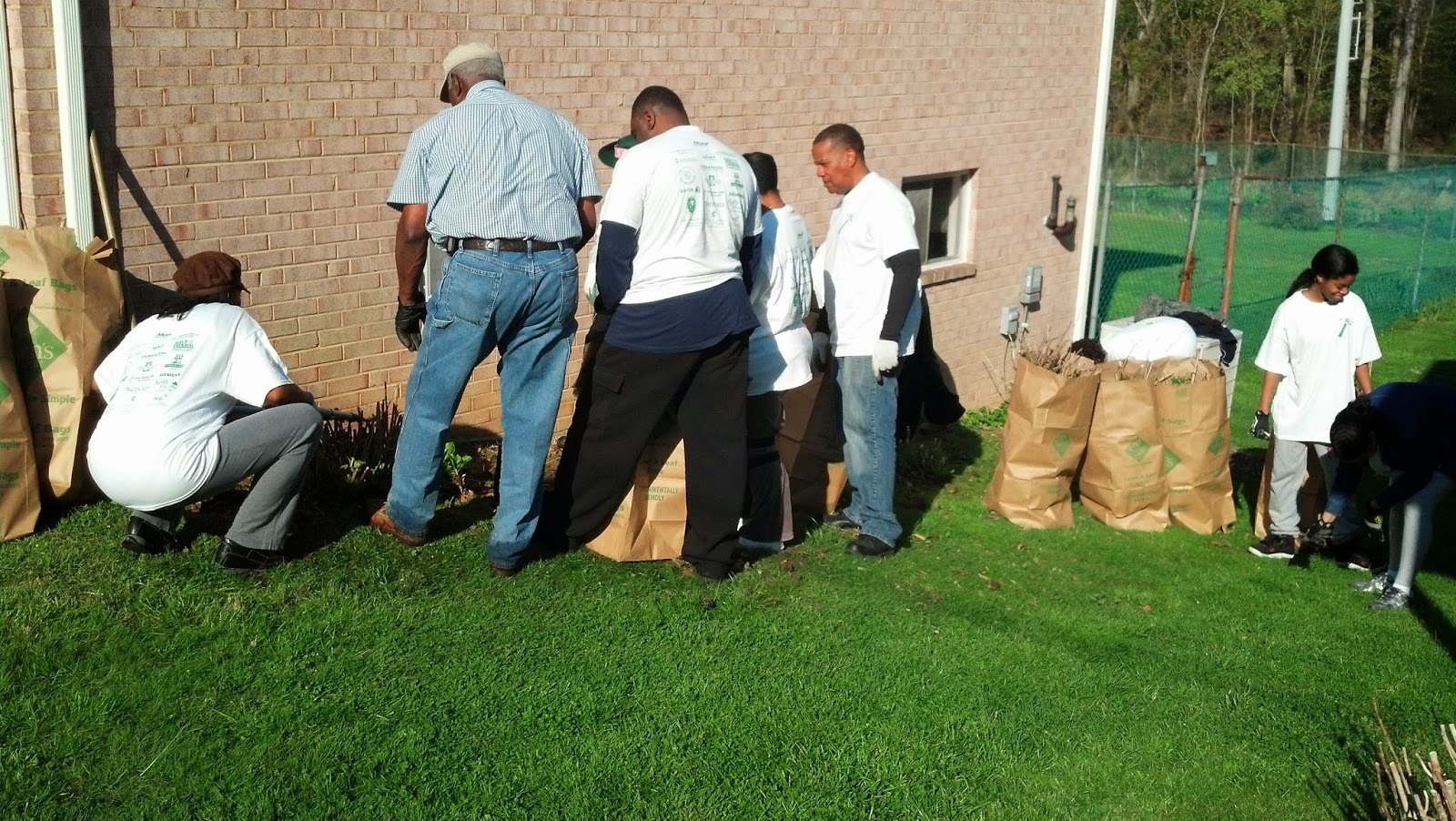 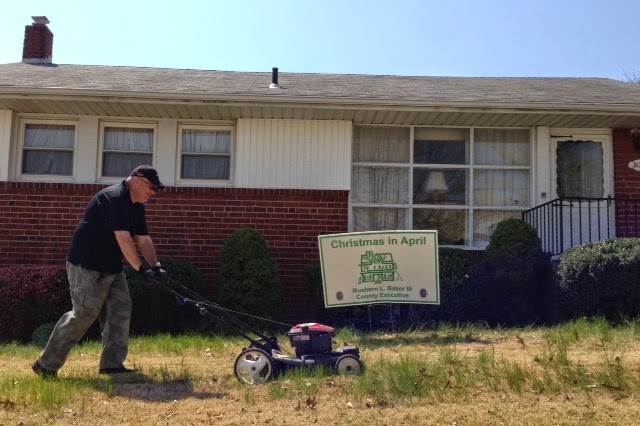 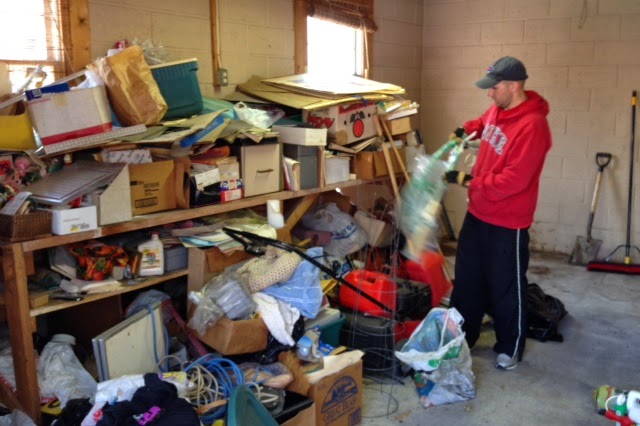 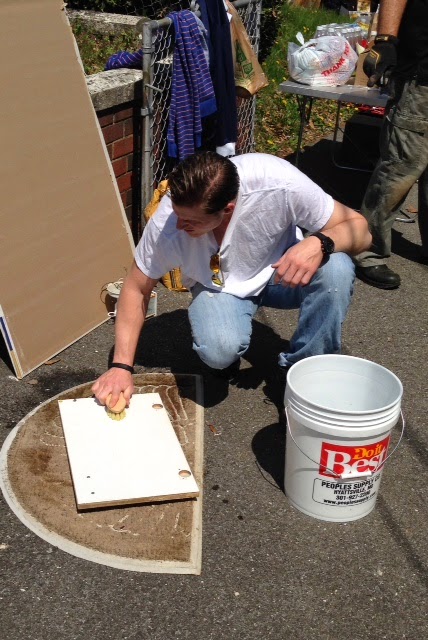 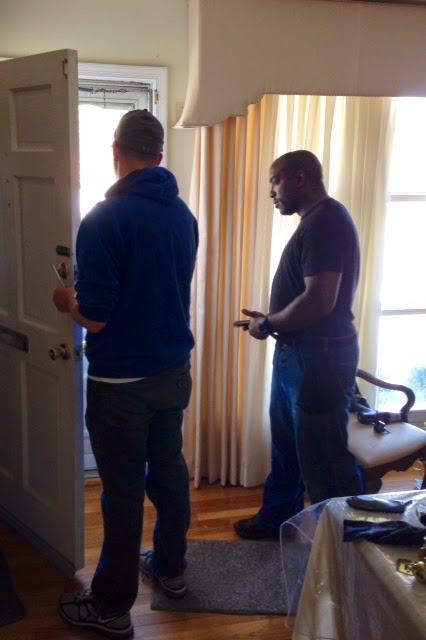 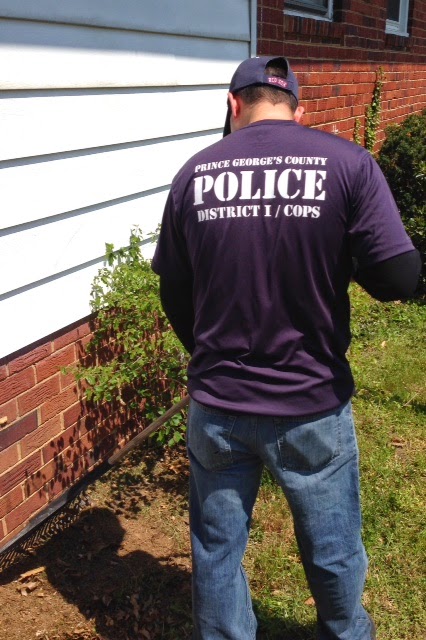 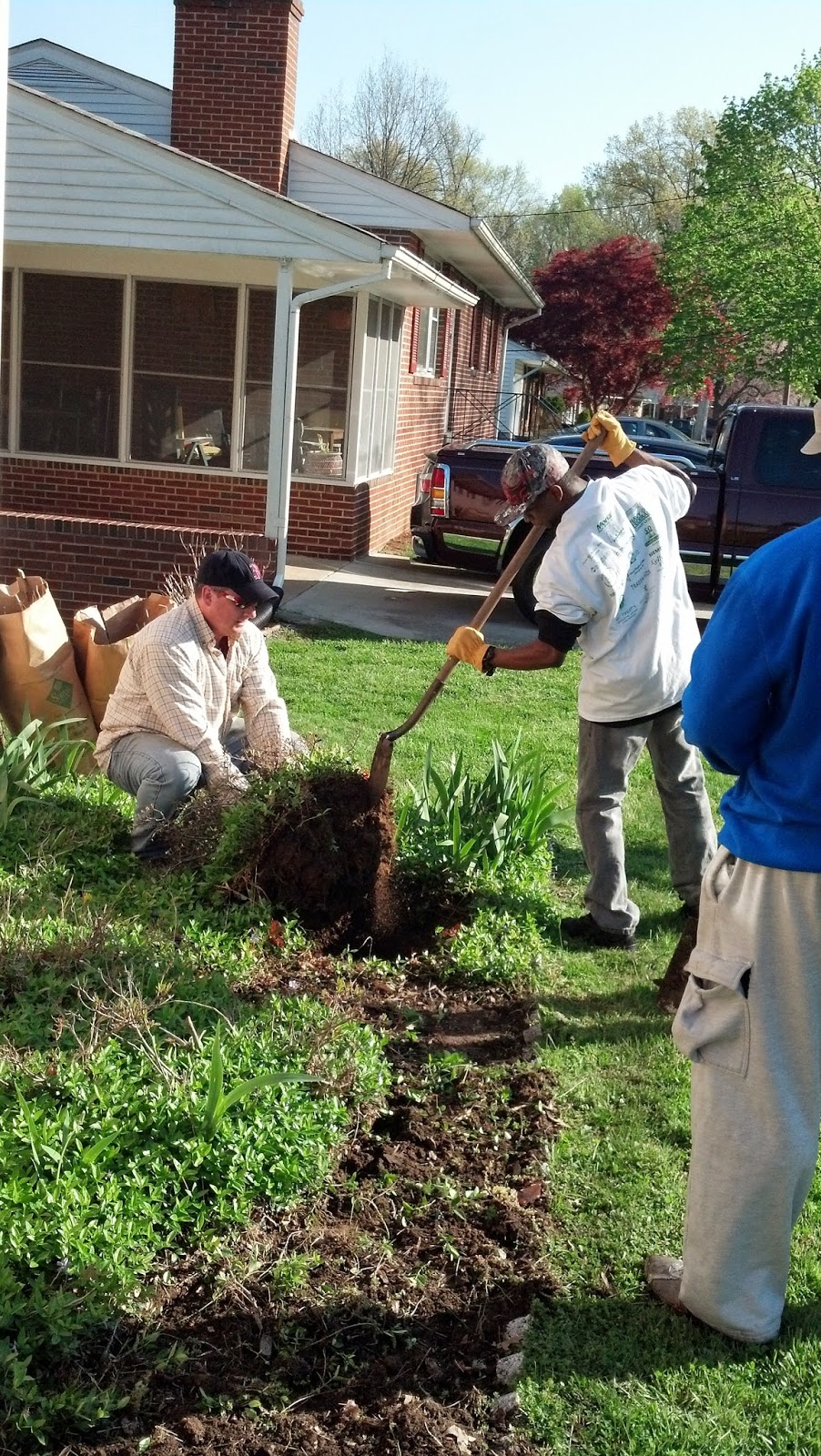 Posted by Prince George's County Police at 7:54 PM No comments: 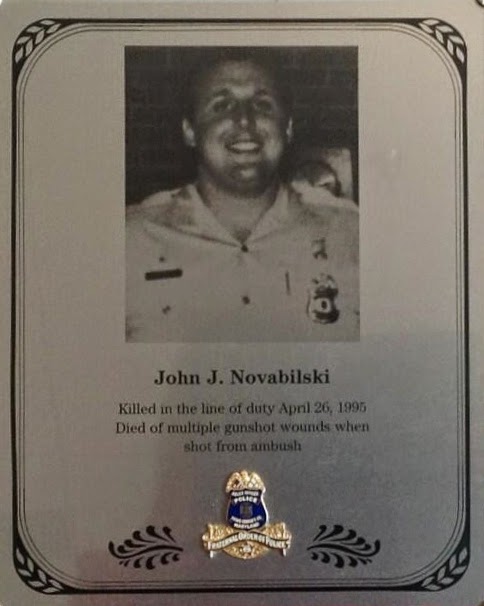 At the time of his death, Sergeant John J. Novabilski was 31 years old and survived by his wife.
Posted by Prince George's County Police at 9:37 AM 2 comments:

The Prince George's County Police Department is investigating a homicide in Suitland. The victim is identified as 27-year-old Maurice Donnell Featherson of the 3700 block of Hayes Street in Northeast Washington.

On April 25, 2014, at about 7:30 pm, patrol officers were called to the 3300 block of Curtis Drive for the report of a shooting. When they arrived, they found Featherson suffering from an apparent gunshot wound outside in a parking lot. He later died of his injuries at a hospital.  Preliminarily, detectives do not believe this was a random shooting.

Detectives are working to establish a motive and identify the suspect(s) in this case.