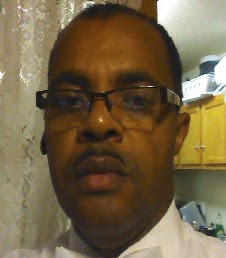 The suspect wanted for the murder of his wife in an Oxon Hill motel room has been found dead in Washington, DC. The body was discovered in the Kenilworth Park and Aquatic Gardens in Northeast Washington at about 12:30 pm on March 31, 2014. Preliminarily, it is believed Tatum died from a self-inflicted gunshot wound. He was pronounced dead on the scene. The Metropolitan Police Department is leading the investigation into Tatum's death. Prince George’s County Police homicide detectives obtained an arrest warrant for the 51 year old after his wife, Andrea Tatum, was found dead on March 20, 2014. With the discovery of Kahlil Tatum's body, our murder case is now closed. We are not looking for any more suspects in the murder of Andrea Tatum.

PGPD patrol officers were asked to respond to the motel on Oxon Hill Road on March 20, 2014, to assist the Metropolitan Police Department in its search for a missing eight-year-old girl, Relisha Rudd. While at the motel, the patrol officers discovered Andrea Tatum suffering from a gunshot wound. She was pronounced dead on the scene.

Homicide detectives launched an exhaustive search for Tatum that spanned several states. The PGPD would like to thank the FBI and Metropolitan Police Department for their assistance, time and resources in this case.


The Metropolitan Police Department continues to search for Relisha Rudd, whom authorities believe may have been in the company of Kahlil Tatum. If you see her or have any information on her whereabouts, please call 911 or 202-727-9099. All questions about the missing girl should be directed to the MPD.

Posted by Prince George's County Police at 10:12 AM