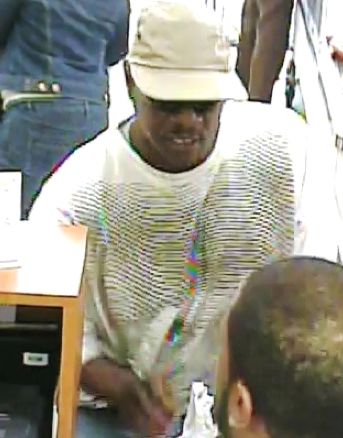 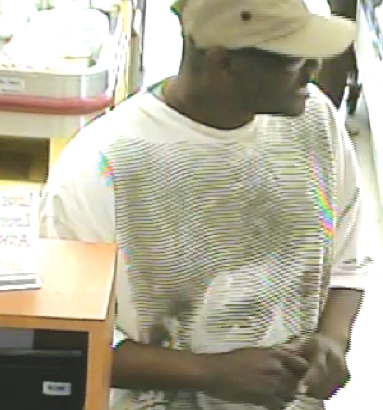 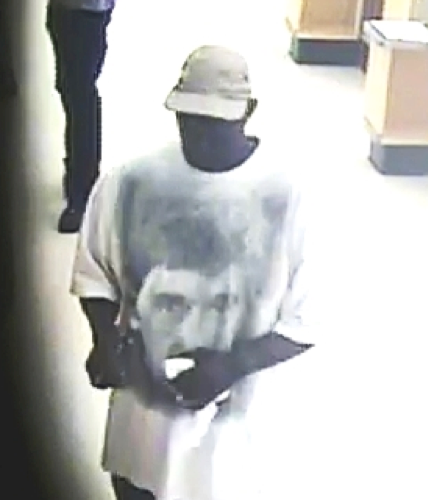 The Prince George’s County Police Department is seeking the community’s help in identifying this suspect.  He is wanted for an attempted armed bank robbery in Suitland.

On April 9, 2014, at about 12:15 pm, patrol officers were called to the 5500 block of Silver Hill Road for an attempted armed robbery.  After entering a grocery store there, the suspect approached a bank teller at the bank located within the grocery store.  He implied he had a weapon and demanded cash.  Before the teller could comply with his demands, the suspect walked away.

The suspect is described as an African American man in his 40s, approximately 6’, and 180 pounds. He was wearing a white “Scarface” t-shirt and blue jeans.  Detectives believe the suspect drove away in a burgundy Lincoln MKX SUV, which would look similar to the one in this photo:

Anyone with information on this investigation is asked to call the CID/Robbery Unit at 301-772-4905. Callers can remain anonymous by calling CRIME SOLVERS at 1-866-411-TIPS (8477). You may also text “PGPD plus your message” to CRIMES (274637) on your cell phone or go to www.pgcrimesolvers.com and submit a tip online. Crime Solvers is offering a CASH REWARD up $1000 for tips that lead to an arrest and indictment in this case.