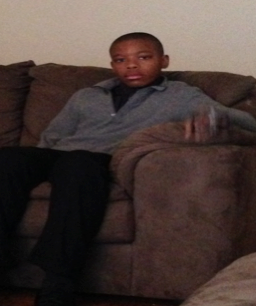 The Prince George’s County Police Department is seeking the public’s help finding a critical missing boy.  He is identified as 12-year-old Je’reem Ajani Cunningham. Cunningham was last seen in the 8500 block of Greenbelt Road on April 11, 2014, at about 5:20 pm.  Preliminarily, detectives do not suspect foul play in connection with his disappearance.

Cunningham is described as an African-American male, 5’4”, 120 pounds, with brown eyes and black hair.  He was last seen wearing blue jeans, and a red t-shirt.

Anyone with information on her whereabouts is asked to call the Prince George’s County Police Department’s Regional Investigation Division-Central at (301) 390-2160.


Posted by Prince George's County Police at 9:18 AM