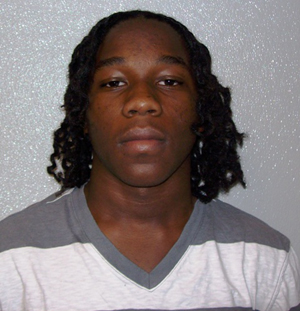 Prince George’s County, Maryland…The Prince George’s County Police Department’s Homicide Unit has arrested Derrell Emmanuel Mason, 17, of the 3600 block of 13th Street NW in Washington, DC in connection with the homicide of Leonard R. Smith-Matthews, 21, last month in Hyattsville, Maryland.
Through their investigation, detectives identified Derrell Mason as a suspect in this case and obtained a warrant for his arrest. Mason was arrested on Monday, July 25th at his residence in Washington, DC on a warrant charging first degree murder. He is currently being held in Washington, DC and is awaiting extradition back to Prince George’s County.
On June 30, 2011 at approximately 6:24 p.m., Hyattsville City officers responded to the 6400 block of America Boulevard for a report of a large fight. Upon arrival officers found Leonard Smith-Matthews, of the 5100 block of Kenilworth Avenue in Bladensburg, Maryland inside the parking garage suffering from a stab wound. He was transported to a local hospital where he was pronounced deceased a short time later. Four other males sustained injuries during the fight and were treated and released.
Anyone with additional information about this case is asked to call the Prince George’s County Police Department’s Homicide Unit at (301) 772-4925. Callers wishing to remain anonymous may call Crime Solvers at 1-866-411 TIPS (8477) or text “PGPD plus your message” to CRIMES (274637) on your cell phone or go to http://www.princegeorgescountymd.gov/police/ and submit a tip online.
Posted by Prince George's County Police at 11:49 AM