The Prince George’s County Police Department is sad to announce the passing of retired police K-9 Winters. This decorated K-9, who was the partner of Cpl. Raymond Redden, served under the Narcotic Enforcement Division’s Drug Interdiction Unit from 2002 until her retirement in 2009. 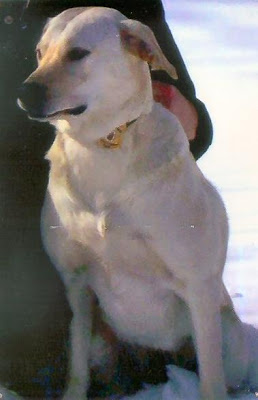 K-9 Winter worked for multiple regional tasks forces to include the DEA, FBI, U.S. Postal Service and Immigration and Customs Enforcement. K-9 Winter was certified by both the Prince George’s County Police K-9 Department and the United States Police Canine Association. She was recognized by the United States Police Canine Association as a quarterly award winner for her drug seizures in 2005.
Throughout her lifetime, K-9 Winter conducted thousands of drug searches resulting in drug seizures exceeding $30 million dollars and hundreds of thousands of dollars in assets. She played a huge role in the removal of many drug traffickers from the streets of Prince George’s County. K-9 Winter was 12 years-old at the time of her death. She will surely be missed.
Posted by Prince George's County Police at 5:30 PM