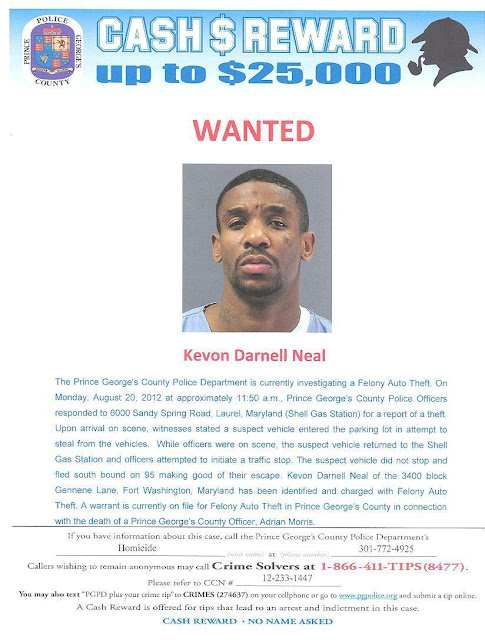 Today at 1pm, the Prince George’s County Police Department announced the arrest of one of two occupants of the car connected to Monday’s fatal crash on I-95 that led to Police Officer Adrian Morris’ death. Kenneth Clark Mitchell, 25, of the 5300 block of Clay Terrace, NE, Washington, DC, is charged with felony auto theft.  Additionally, the department has announced a warrant for the second occupant. Kevon Darnell Neal, 23 years old, of the 3400 block of Gennene Lane in Fort Washington, is wanted for felony auto theft.