Suspects Wanted For Carjacking In Laurel 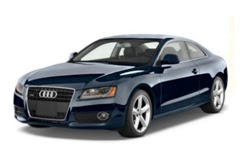 The Prince George’s County Police Department’s District VI Robbery Suppression Team is investigating a carjacking that occurred on August 16 at 6:45 a.m. in the 13700 block of Baltimore Ave in Laurel. Upon arrival, the victim stated that a black male exited a black Dodge Avenger and approached him. The male produced a handgun and demanded the victim’s car keys and cell phone. The victim complied and the suspects drove away in the victim’s 2010 Dark Blue Audi A5, bearing Virginia registration XMF 5046, followed by the black Dodge Avenger.

The suspects have been described as:

Anyone with information about this investigation is asked to call CRIMESOLVERS at 1-866-411-TIPS (8477) or the District VI Robbery Suppression Team at 301-937-0910 as soon as possible. Please refer to case number 12-229-0635. Whenever information is given to the Prince George’s County Crime Solvers Line, you do not have to leave your name. A CASH REWARD is being offered for the tip that leads to the arrest and indictment of the suspects responsible for these robberies.
Posted by Prince George's County Police at 11:03 PM