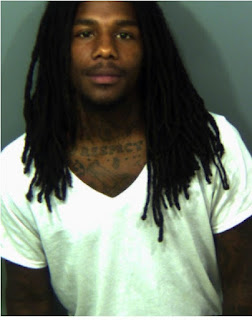 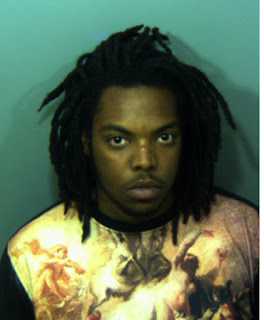 Prince George's County Police Department Homicide Unit detectives charged two suspects in connection with Friday's homicide in Fort Washington. They are 19-year-old Rashawd Wiggins of the 3100 block of Martin Luther King Boulevard in the District and 18-year-old Derron Alexander of the 7500 block of Abbington Drive in Oxon Hill. Both are charged with first degree murder.

On July 31, 2015, at about 12:45 am, patrol officers were called to the 1000 block of Palmer Road for the report of a shooting. When they arrived, they found 22-year-old Domanic Jamal Nelson outside suffering from gunshot wounds. He was pronounced dead on the scene.

The preliminary investigation reveals the victim and the two suspects were acquaintances. Preliminarily, detectives believe the suspects intended to rob the victim. During the robbery attempt, Wiggins and the victim exchanged gunfire. Both were shot. Nelson died of his injuries on the scene. Wiggins later sought medical treatment at a hospital. He's currently in intensive care at a hospital in the District. Alexander is in custody of the Department of Corrections on a no bond status.

Anyone with information about this homicide is asked to call the Prince George’s County Police Department’s Homicide Unit at 301-772-4925. Callers wishing to remain anonymous may call CRIME SOLVERS at 1-866-411-TIPS, text “PGPD plus your message” to CRIMES (274637) on your cell phone or go to www.pgcrimesolvers.com and submit a tip online.
Posted by Prince George's County Police at 5:01 PM