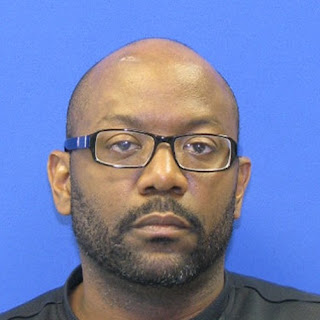 The Prince George’s County Police Department has made an arrest in a stabbing this morning which left a 14-year-old boy dead. The suspect is 48-year-old Sean Crawford of the 600 block of Audrey Lane in Oxon Hill. The victim is identified as 14-year-old Keyshaun Mason, of the same address. Crawford was arrested on scene.
On October 19, 2015, at approximately 7:25 a.m., patrol officers responded to the 600 block of Audrey Lane for the report of an assault.  Once on scene, they found two teens suffering from stab wounds. They were both taken to a local hospital where Mason was pronounced deceased. The second victim, 18, of the same address, was treated at the hospital and released.
Preliminarily, detectives believe this stemmed from an argument. Crawford was the live-in boyfriend of the teens’ mother. Crawford will be charged with first-degree murder. He is also being charged with attempted first and second-degree murder on the surviving victim and is expected to be held on a no-bond status.
Anyone with information is asked to call the Prince George's County Police Department's Homicide Unit at 301-772-4925. Callers wishing to remain anonymous may call Crimes Solvers at 1-866-411-TIPS (8477), text “PGPD plus your message” to CRIMES (274637) on your cell phone or go to www.pgcrimesolvers.com and submit a tip online.