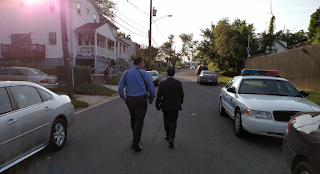 Detectives are actively working to find and arrest a man linked to an assault in Capitol Heights on Tuesday. The victim was critically hurt. On Wednesday evening, detectives canvassed the 4300 block of Quinn Street seeking additional information in the case.

On Tuesday at about 3:40 pm, witnesses called 911 after seeing two suspects, a woman and a man, assaulting another man.

Prince George’s County Sheriff’s officers responded to the scene on Quinn Street and have now charged the female suspect. She is the victim’s girlfriend. Prince George’s County Police Domestic Violence Unit detectives were notified of the assault a short time later. Those detectives are now working to find the second suspect who ran from the area. 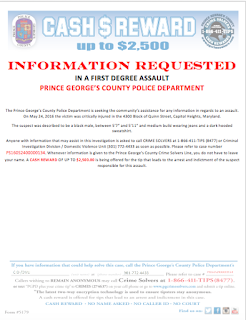 Detectives are asking anyone who witnessed the assault or has any other information that could lead to the second suspect to call 301-772-4433.