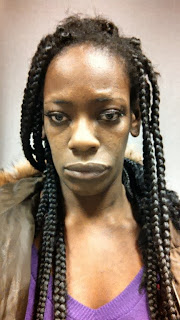 The Prince George’s County Police Department has arrested the suspect in the murder of 30-year-old Stefanie Anne Littlejohn of Suitland.  The suspect is identified as 32-year-old Deanna Marie Parker of the 7100 block of East Cedar Street in Landover.  She was arrested today in the District of Columbia.

On November 19, 2013, at about 2:45 am, patrol officers were called to the 2400 block of Kent Village Place in Landover for a possible stabbing. When they arrived, patrol officers found Littlejohn outside suffering from trauma to her body.  She was pronounced dead on the scene.

Detectives quickly established Parker as a suspect in this case.  The murder stemmed from an earlier argument between the suspect and victim.  Parker is in the District of Columbia awaiting extradition to Prince George’s County.