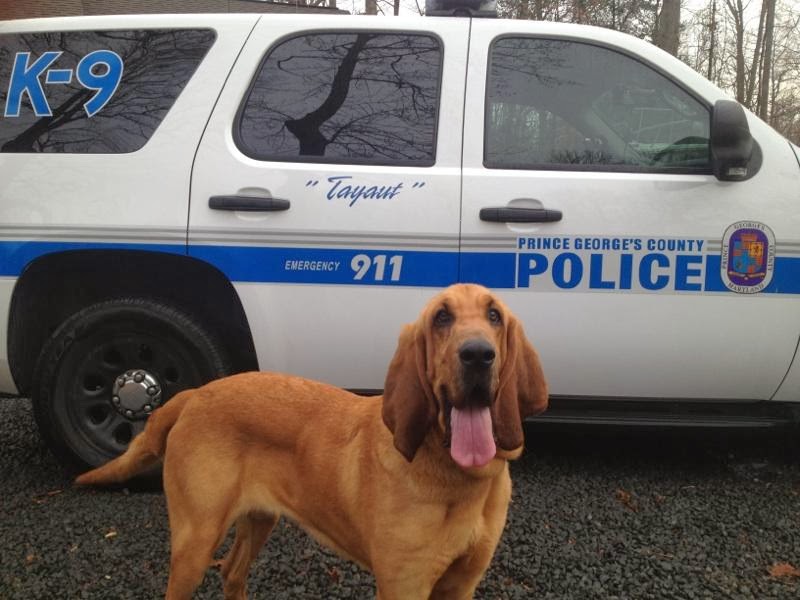 The call came into 911 at 2:30 am this morning.  A woman couldn't find her 62-year-old grandmother who suffers from dementia and other medical conditions.  She had wandered away from their home on Marbury Court in District Heights sometime after midnight.

PGPD patrol officers immediately responded and began to search for her.  At their request,  Corporal Don Smith and K9 Tayaut joined the effort to find the missing woman.  The bloodhound sniffed the woman's pillowcase and immediately began to track her.  The track took the team past two rows of townhouses, past a playground and into some woods.   About 70 yards into the woods, the K9 team found the woman.  She was on the ground and tangled in some thorn bushes, unable to get up on her own.  A second PGPD police officer carried her out of the woods at 4:20 am.  She was then taken to a hospital.

Thanks to the outstanding PG PD officers y'all are the best!!!!!