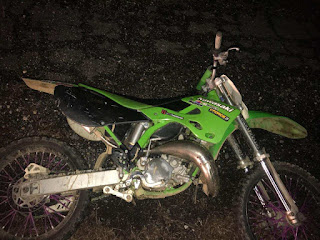 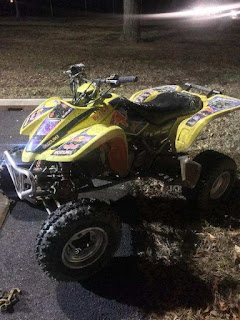 A concerned citizen called 911 Tuesday afternoon after seeing two ATV and one dirt bike rider driving recklessly. Patrol officers assigned to our District V station in Clinton spotted the group in the area of Woodyard Road and Don Drive in Clinton. The riders passed a stopped school bus that had its red flashing lights and stop sign activated placing the students’ lives at risk. The riders also drove through several residents’ yards and through their private properties. The illegal driving behavior continued as the riders were witnessed doing wheelies and traveling into oncoming traffic.

The patrol officers requested the assistance of our Aviation Unit. The flight crew provided updates on the riders’ locations which allowed the patrol officers to find a spot to safely stop and arrest two of the riders. The third rider was able to flee the area. Thankfully, there are no reported injuries related to the suspects’ reckless behavior.

The riders are charged with disorderly conduct, failure to obey a reasonable and lawful order and several additional charges.  Riding ATVs and unlicensed dirt bikes on county roadways and highways is illegal. We continue to ask any resident who witnesses the illegal operation of ATVs or dirt bikes on roadways to please call 911.
Posted by Prince George's County Police at 1:33 PM