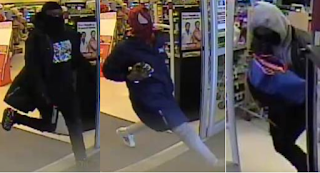 We’re starting Wanted Wednesday this week with our search for a robbery suspect who wore a superhero mask when he broke the law. The man in the Spiderman mask is one of three suspects we’re actively searching for in connection with the robbery of a drugstore in the 9000 block of Apollo Drive in Largo. These suspects targeted the store’s pharmacy and took prescription medications. Please call 301-772-4905 or 1-866-411-TIPS with any information. We are offering a cash reward. 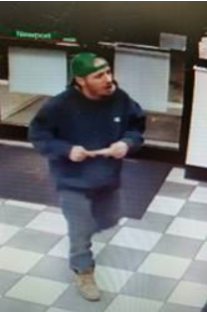 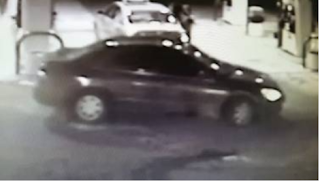 Our detectives are also working to identify and arrest this suspect and his accomplice. They’re wanted for robbing a customer outside of a gas station on January 19th. The gas station is in the 8000 block of Baltimore Avenue in College Park. The preliminary investigation reveals the two suspects robbed the victim as he pumped gas. They fled in the pictured vehicle which is described as a dark-colored sedan. If you have any information, please call 301-699-2601. 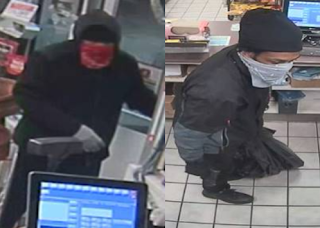 These two robbery suspects targeted a gas station on Crain Highway SW in Upper Marlboro. The robbery occurred on January 21st at about 2:25 am. The suspects stole cash and cigarettes before fleeing

Detectives who are investigating this gas station robbery would like to talk to this woman in connection with the case. She may have information that could be helpful to investigators. She was seen driving a gray four-door sedan, possibly an Infiniti. 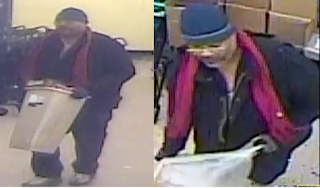 Do you recognize him? This suspect is wanted for a burglary in Landover Hills earlier this month. The suspect targeted a business in the 6500 block of Annapolis Road on January 3rd shortly before 2:00 am. Once he broke in, he stole several items. Please call 301-699-2601 with any information on his identity. 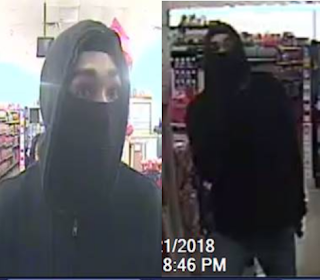 This suspect covered part of his face, but you can still see his eyes which could help someone identify him. He’s wanted for robbing a business in the 5000 block of St Barnabas Road in Oxon Hill on January 21st. The suspect displayed a gun during the robbery and demanded money. He then fled the store. Please call 301-772-4905 or 1-866-411-TIPS with any information. A cash reward is being offered. 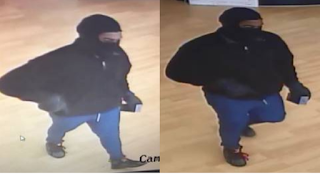 Our last case involves a robbery at a cell phone store in Temple Hills on Monday. The suspect walked into the store at about 10:40 am, displayed a gun and demanded cash. He also stole a phone. Detectives can be reached at 301-772-4905 or 1-866-411-TIPS. A cash reward is being offered.
Posted by Prince George's County Police at 11:20 AM