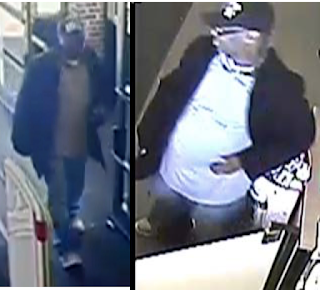 Robbery Unit detectives are asking for the community’s help in identifying this armed robbery suspect. This suspect stole cash from a drugstore in the 5000 block of Silver Hill Road in District Heights on March 31st. 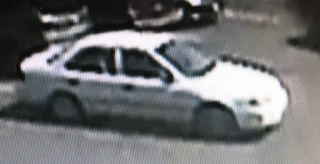 Following the robbery, the suspect was seen getting into this car driven by a second suspect. The car is a white four-door sedan.  Detectives can be reached at 301-772-4905 or 1-866-411-TIPS. There is a reward being offered.
Convenience Store Theft Investigation 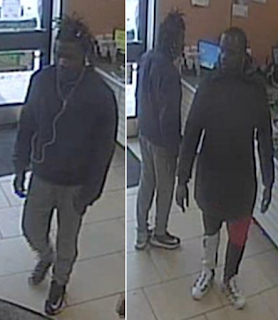 These suspects are wanted for several thefts at a convenience store in Capitol Heights. The thefts occurred at the store on Silver Hill Road between March 27-31st. The investigation reveals the suspects stole merchandise and then walked out of the store. If you recognize either of these suspects or have information that could help detectives, please call 301-390-2160 or 1-866-411-TIPS. We are offering a cash reward. 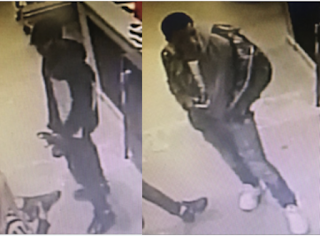 Detectives are also working to identify and then arrest these two suspects linked to a carjacking in Oxon Hill.  The victim was targeted on March 31st at approximately 2:30 pm in the 700 block of Audrey Lane. One of the suspects had a gun. The victim wasn’t hurt. If you have information on this crime, please call detectives at 301-749-5064 or 1-866-411-TIPS. A cash reward is being offered.