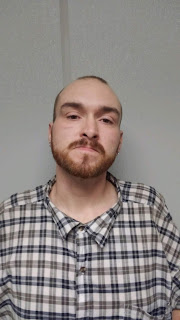 Homicide Unit detectives charged a man in connection with a fatal stabbing in Lanham on Saturday. The suspect is 37-year-old Robert Jackson of the 6000 block of Trexler Road in Lanham. The victim is 25-year-old Bryant Stigall also of Trexler Road. The suspect and victim were roommates at a group home for adults with mental health disorders.
On December 15th, at approximately 5:55 am, patrol officers were called to the home in the 6000 block of Trexler Road for the report of a stabbing. They located the victim inside of his bedroom suffering from a stab wound. He was pronounced dead on the scene.
Jackson was located at the scene and taken into custody. He’s been charged with first and second degree murder. The motive for the fatal stabbing remains under investigation.
Anyone with information on this case is asked to call the Homicide Unit at 301-772-4925. Callers wishing to remain anonymous may call Crime Solvers at 1-866-411-TIPS (8477), or go online at www.pgcrimesolvers.com, or use the “P3 Tips” mobile app (search “P3 Tips” in the Apple Store or Google Play to download the app onto your mobile device.)