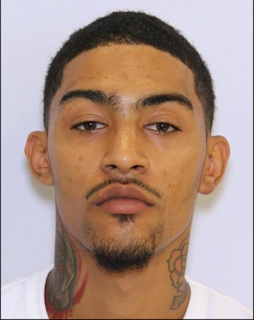 Homicide Unit detectives identified and arrested a suspect wanted for a fatal shooting in Oxon Hill in January. The suspect is 23-year-old Dorian Duvall of the 1400 block of Southern Avenue in Oxon Hill. Duvall is charged with the murder of 25-year-old Marcus Shabazz of Washington DC.

On January 14th, at approximately 7:30 pm, PGPD was requested to assist an MPDC detective investigating Shabazz’s disappearance. He had been reported missing in the District earlier that week. That investigation resulted in the victim’s body being discovered in a wooded area in the 1500 block of Iverson Street. He was located with multiple gunshot wounds and pronounced dead on the scene.

Through various investigative techniques, Duvall was identified as the suspect and was taken into custody. He is charged with first and second degree murder and related charges and is in the custody of the Department of Corrections. A court commissioner ordered him held on a no-bond status. The motive for the fatal shooting remains under investigation.

Anyone with information on this case is asked to call the Homicide Unit at 301-516-2512. Callers wishing to remain anonymous may call Crime Solvers at 1-866-411-TIPS (8477), or go online at www.pgcrimesolvers.com, or use the “P3 Tips” mobile app (search “P3 Tips” in the Apple Store or Google Play to download the app onto your mobile device.)