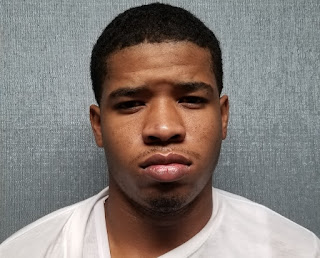 On November 25, 2020, at approximately 11:00 pm, patrol officers responded to the 7000 block of Valley Park Road for the report of a shooting. Officers located the victim outside of a home suffering from a gunshot wound. He was taken to the hospital where he was pronounced dead a short time later.

The preliminary investigation revealed Drake shot the victim during a dispute. The suspect and victim are known to each other.

Drake is charged with first and second degree murder and additional charges. A court commissioner ordered him held without bond at the Department of Corrections.

If anyone has information relevant to this investigation, they are asked to please call detectives at 301-516-2512. Callers wishing to remain anonymous may call Crime Solvers at 1-866-411-TIPS (8477), or go online at www.pgcrimesolvers.com, or use the “P3 Tips” mobile app (search “P3 Tips” in the Apple Store or Google Play to download the app onto your mobile device.) Please refer to case number 20-0055447.

Posted by Prince George's County Police at 11:05 AM