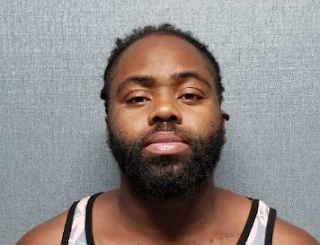 Detectives with our Homicide Unit arrested and charged a suspect in connection with a fatal stabbing that occurred last week in Landover. The suspect is 33-year-old Anthony Gantt Jr. of the 2100 block of Addison Road South in District Heights. He is charged with the murder of 36-year-old Michael Lee Braxton of Landover.

On May 26, 2021, at approximately 11:20 am, PGPD officers responded to an area hospital for a walk-in stabbing victim who was later identified as Braxton. The subsequent investigation established Braxton had been stabbed in the 7000 block of Martin Luther King Jr. Highway. Braxton died several hours later at the hospital.

The preliminary investigation revealed Gantt and Braxton were known to each other. The fatal stabbing stemmed from a dispute. Gantt is charged with first and second degree murder and other related charges. He is in the custody of the Department of Corrections. A commissioner ordered him held on a no-bond status.