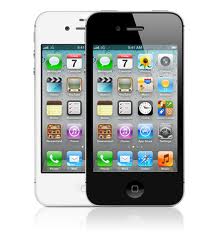 Based on information from a tip, investigators went to a shopping center in the 10300 block of Martin Luther King Junior Highway in Lanham on the afternoon of September 12th. Once there, an undercover detective (buyer) approached the suspect in the parking lot and asked to buy a new iPhone 4S for $250. When the detective began negotiating that price, a second suspect joined in the discussion. Both suspects implied the iPhones were new and true Apple products. Once purchased, investigators discovered the phone, equipment and accessories were all fake.

The suspects are identified as a father and son. The father is 47 year-old Daniel Parker from Capitol Heights. The son is 25 year-old Harold Lee Parker of the District of Columbia. In total, they are believed to have sold at least 15 fake iPhones. They are facing several charges, including counterfeit trademark infringement.

The Prince George’s County Police Department is also issuing a safety alert as the new iPhone 5 hits the market. We are encouraging shoppers to be vigilant before, during and after the purchase of the phone and to conceal the boxes.

To avoid scams, never give out financial or personal information about yourself to anyone via the telephone, email or any other method of communication where you don't know with whom you are dealing.