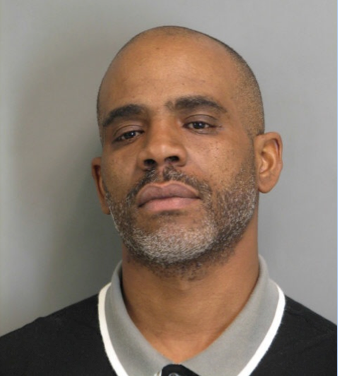 The Prince George’s County Police Department arrested a suspect in a domestic-related murder in Suitland. The suspect is 43-year-old Devin James Wooten of the 2300 block of Pitts Place in Southeast Washington. The victim is 43-year-old Tamu Bynum of Sycamore Lane in Suitland.

On August 10, 2014, at about 7:00 pm, patrol officers were called to the 3200 block of Sycamore Lane for the report of a shooting. When they arrived, they found Bynum inside of her home suffering from apparent gunshot wounds. She was pronounced dead on the scene.

The preliminary investigation reveals the victim and suspect got into an argument that escalated into the shooting. Bynum and Wooten were in a relationship.

On August 11, 2014, Wooten turned himself in to detectives at police headquarters in Palmer Park. He’s charged with second degree murder.

Anyone with information on this case is asked to call the Prince George's County Police Department's Homicide Unit as 301-772-4925. Callers wishing to remain anonymous may call Crime Solvers at 1-866-411-TIPS (8477), text "PGPD plus your message" to CRIMES (274637) on your cell phone or go to www.pgcrimesolvers.com and submit a tip online.