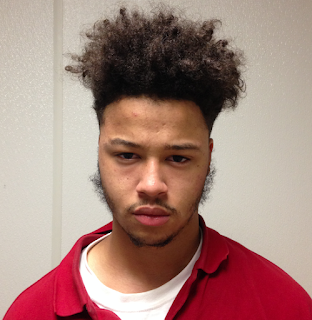 On July 24, 2016, at about 1:50 am, our patrol officers along with deputies from the Prince George’s County Sheriff’s Office were called to the 10500 block of Campus Way South in Largo for the departmental shooting.

The preliminary investigation revealed Hunt and another suspect approached the deputy in a parking lot. Hunt shot at the deputy who then returned fire. The deputy wasn't hurt. The two suspects ran from the scene and into a car driven by a third suspect.

Hunt is charged with attempted first and second degree murder. He’s in custody of the Department of Corrections on a no-bond status.