The surveillance photos give us a good look at the man now linked to two robberies last Friday.  At 4:10 pm on April 14th, he robbed a car wash in the 4000 block of St. Barnabas Road in Temple Hills. 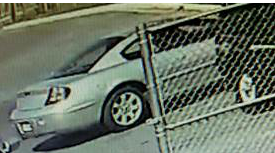 Following the robbery, the investigation reveals he got into a passenger seat of this car. It’s described as a silver, early 2000s Chrysler Sebring.

Earlier that morning, the same suspect is wanted for robbing a convenience store one block away – in the 5000 block of St. Barnabas Road. If you have any information on either case, please call our Robbery Unit detectives at 301-772-4905 or 1-866-411-TIPS. A cash reward is available. 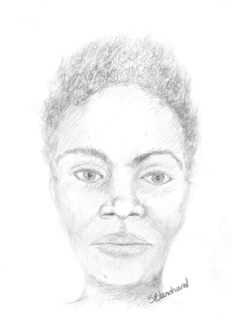 Homicide Unit detectives released a composite sketch of the victim who was fatally stabbed on Sunday. Investigators are asking for the community’s help in identifying her so we can notify her loved ones. Detectives also released photos of the victim’s clothing, to include a knit cap, a shirt, jeans and her socks. On April 16th, around 8:25 am, patrol officers responded to the 3300 block of Springdale Avenue in Forestville. The victim had knocked on a resident’s door looking for help before collapsing in the front yard. The victim is an African American female, estimated to be between the ages of 20-23, 5’11” and 126 pounds. She did not have any scars, birthmarks or tattoos.  Anyone with information on this homicide is asked to call the Homicide Unit at 301-772-4925 or 1-866-411-TIPS. 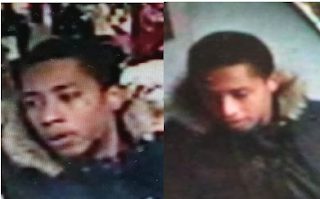 The suspect in these photos is wanted for committing an armed robbery at a mini mart in the 2000 block of Brooks Drive in District Heights. This robbery happened late last month on March 23rd. If you recognize this suspect, please call 301-772-4905 or 1-866-411-TIPS.