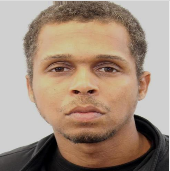 The Prince George’s County Police Department arrested 38-year-old Bernard Alexander 3rd in connection with the attempted kidnapping of a seven-year-old girl in Laurel.

The preliminary investigation revealed on March 14, 2019, at approximately 6:30 pm, patrol officers were called to the 8800 block of Cherry Lane for a suspicious person.  The victim told officers that Alexander walked up to her while she was playing in the front yard and showed her some images on his phone. Alexander then took the victims hand and led her away from the yard. The neighborhood children began yelling which alerted the victim’s father. The victim’s father began chasing Alexander, at which time Alexander released the child’s hand and began running. The victim’s father was able to stop and hold Alexander until the police arrived.
Alexander has been charged with attempted kidnapping and related charges.

If anyone has information relevant to this investigation, they are asked to please call detectives 301-699-2601.  Callers wishing to remain anonymous may call Crime Solvers at 1-866-411-TIPS (8477), or go online at www.pgcrimesolvers.com, or use the “P3 Tips” mobile app (search “P3 Tips” in the Apple Store or Google Play to download the app onto your mobile device.)