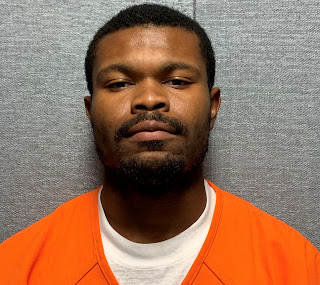 Ja’Quan Green
The Prince George’s County Police Department charged a suspect for a fatal shooting in June in District Heights. The suspect is 21-year-old Ja’Quan Green of Middle River, MD. He’s charged with the murder of 20-year-old Daniel James Harris of Lanham.

On June 13, 2022, at approximately 1:30 am, patrol officers were called to the 1700 block of Forest Park Drive in District Heights for a shooting. Once on scene, they discovered Harris outside suffering from a gunshot wound. He died of his injuries a short time later. Two additional adult males were also shot in the incident. Those victims survived their injuries.

On July 7, 2022, patrol officers arrested Green in Upper Marlboro while responding to an unrelated 911 call. During his arrest, officers located a gun in Green’s waistband. During ballistic testing of the recovered gun, it was linked to Harris’ murder.

The preliminary investigation revealed the suspect and victim were not known to each other. The motive remains under investigation.

Green is charged with first and second degree murder and related charges. He is in the custody of the Department of Corrections on a no-bond status.

Callers wishing to remain anonymous may call Crime Solvers at 1-866-411-TIPS(8477), go online at www.pgcrimesolvers.com, or use the “P3 Tips” mobile app (search “P3 Tips” in the Apple Store or Google Play to download the app onto your mobile device.) Please refer to case number 22-0028654.