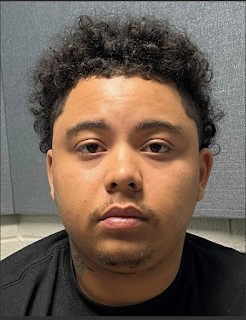 On August 17, 2022, at approximately 10:30 pm, patrol officers were called to the 2100 block of Rochelle Avenue for a shooting. They discovered Ramey unresponsive in the parking lot of an apartment complex suffering from gunshot wounds. He was pronounced dead on the scene.

Through various investigative techniques, Cox was identified as the suspect and arrested on Thursday. He’s charged with second degree murder and related charges. He’s in the custody of the Department of Corrections on a no-bond status.

The preliminary investigation revealed Ramey was not the intended target of this shooting. As detectives continue to work to determine a motive, investigators today released video of a red car driving on Rochelle Avenue at the time of the murder. Detectives would like to speak to the driver or any occupants of this car. Preliminarily, detective believe the driver or occupants of this car could be the intended target of the shooting or potentially have critical information in this case. It is not believed anyone in the car was injured during the shooting.

If anyone has information relevant to this investigation, they are asked to please call detectives at 301-516-2512.

Callers wishing to remain anonymous may call Crime Solvers at 1-866-411-TIPS (8477), or go online at www.pgcrimesolvers.com, or use the “P3 Tips” mobile app (search “P3 Tips” in the Apple Store or Google Play to download the app onto your mobile device.) Please refer to case number 22-0039489.