Prince George’s County, Maryland…The Prince George’s County Police Department’s Robbery Unit is seeking the public’s assistance in locating an individual wanted in connection with the robbery of an M&T Bank in Forestville, Maryland.
On November 8, 2011, at approximately 11:46 a.m., two suspects, one male and one female, walked into the M&T Bank in the 3700 block of Donnell Drive and passed a note to a bank teller demanding money.  The bank teller complied with the suspects’ demands and gave them an undisclosed amount of money.  The suspects then fled the bank on foot.
Through the course of their investigation, Robbery detectives identified the two suspects.  The female suspect, Kadija Taylor, 20, of the 3700 block of Donnell Drive in Forestville, was arrested on November 8, 2011; she has been charged with Robbery.  Police have obtained a warrant for the male suspect, Shakir Taylor, 19, also of the 3700 block of Donnell Drive in Forestville, charging him with Robbery. Shakir Taylor is described as a black male, around 5’7” tall, and weighing 160 pounds.  His whereabouts are currently unknown.
Anyone with information about this case is asked to call the Prince George’s County Police Department’s Robbery Unit at (301) 772-4905.  Callers wishing to remain anonymous may call Crime Solvers at 1-866-411 TIPS (8477), text “PGPD plus your message” to CRIMES (274637) on your cell phone, or go to http://www.princegeorgescountymd.gov/police/ to submit a tip online. 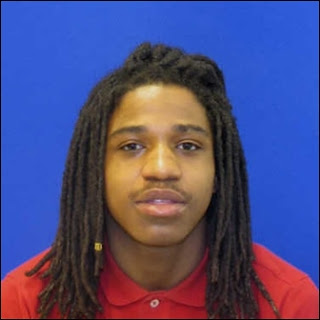