On November 14, 2012, citizens gathered at the Prince George’s County Police Department’s District V station to show their appreciation for the police officers who patrol their neighborhoods.  Those areas include Camp Springs, Eagle Harbor, Clinton, Brandywine, Accokeek, Marlton, Croom and parts of Upper Marlboro.  District V’s Citizens Advisory Council is one of the most active civilian groups in the county.   Council members take part in the annual National Night Out, help families in need during the holidays and initiated the popular Coffee Club meetings.  This is the fourth year the council has hosted an “Officer Appreciation Day.”
Dorothy Lowe, a member of the Chief’s Advisory Council,  has lived in District V for 13 years.  “I have a better understanding of the role of the police department in the community.  It makes a difference when citizens have input,”  Lowe said. 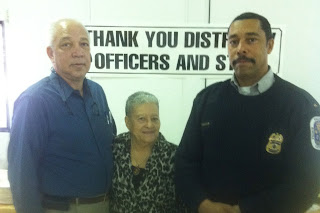 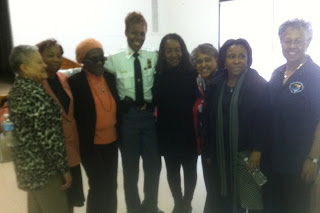 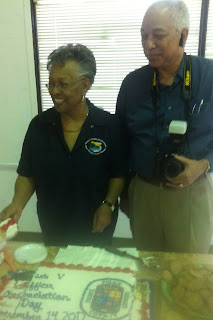