The Prince George's County Police Department arrested a second suspect in the murder of 20 year-old Salaam Adams of Durham, NC. 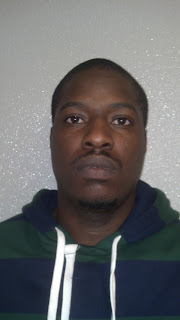 The suspect is identified as 28 year-old Robert Abba Ofoeme of the 1400 block of Rossiter Court in Silver Spring.  Ofoeme is charged with conspiracy and solicitation to commit first and second degree murder.  He was arrested on February 14, 2013, in Washington, DC.  He is currently awaiting extradition back to Prince George’s County.

On February 4, 2013, around 7:25 am, Maryland-National Capital Park Police officers were called to the 2600 block of Oxon Run Drive in Hillcrest Heights for a man down call.  Upon arrival, police officers found Adams in Oxon Run Park suffering from an apparent gunshot wound.  He was pronounced dead on the scene.  On February 7, 2013, police officers arrested 26 year-old Brandon Anthony Battle of Greenbelt in connection with the murder.  He is charged with first and second degree murder. 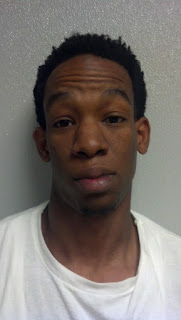 Anyone with information about this case is asked to call the Prince George's County Police Department's Homicide Unit at 301-772-4925.  Callers wishing to remain anonymous may call Crime Solvers at 1-866-411-TIPS (8477), text "PGPD plus your message" to CRIMES (274637) on your cell phone or go to http://www.princegeorgescountymd.gov/police/ and submit a tip online.
Posted by Prince George's County Police at 12:16 PM