The Prince George’s County Police Department arrested a suspect for the murder of Marckel Ross in Capitol Heights. The suspect is identified as 20 year-old Travon Donnell Bennett of the 6700 block of Amherst Road in Bryans Road, MD. 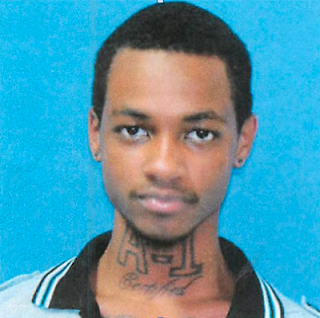 On September 11, 2012, at approximately 6:50 am, patrol officers were called to the 6100 block of Old Central Avenue for the report of a shooting. Upon arrival, patrol officers found 18-year-old Ross suffering from a gunshot wound to his upper body.  He was pronounced dead on the scene.

Investigative developments led detectives to identify Bennett as a suspect.  Detectives believe Ross was shot during a failed robbery.  Ross had been walking to school at the time of his murder.  Bennett is charged with first and second degree murder and related charges.  He is currently in the custody of the Department of Corrections.