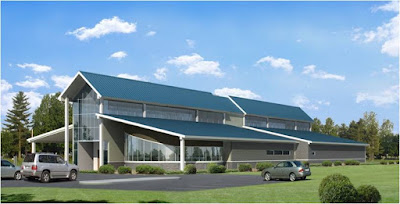 “The Prince George’s County Police Department looks forward to having the District VII station up and running. This year, overall crime in the communities that will soon be covered by the District VII station has dropped 18%. It’s our hope that this new station will enhance our service to the communities in the southern part of Prince George’s County,” said Chief Mark Magaw.

County Executive Baker will join Chief Magaw at Wednesday’s event. “For nearly two decades, the residents of south county have advocated for a police station in their community. The opening of this new station is a testament to their years of vigilance," said County Executive Rushern L. Baker, III.

“This is not just a new building, it is a sign that this administration is committed to enhancing public safety throughout the county. The opening of the District VII station represents a step forward for public safety in this community and in Prince George’s County.”

Following remarks, a tour of the facility will be given to those attending the ceremony.

Members of the community and media are asked to park at the Livingston Square Shopping Center located at the corner of Livingston Road and Old Fort Road. A shuttle bus will be provided to take media and citizens to the district station for the event. The shuttle service begins at 10:00 am.
Posted by Prince George's County Police at 3:47 PM