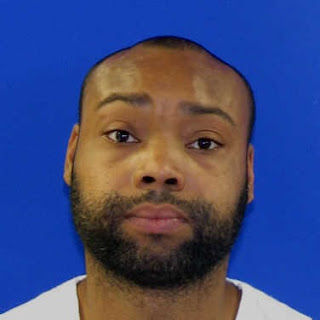 The Prince George’s County Police Department obtained an arrest warrant and is actively searching for the suspect wanted in connection with last night's homicide in Fort Washington. The suspect is 33-year-old Christopher Cyprus Crawford of the 13000 block of Larchdale Road in Laurel. He’s charged with the murder of 40-year-old Tony Terrell Proctor of Parkmont Drive in Upper Marlboro.
On December 5, 2015, at about 11:45 pm, patrol officers responded to the 8300 block of Oxon Hill Road for the report of a shooting. When they arrived, they found Proctor outside suffering from gunshot wounds. He was pronounced dead on the scene.
Preliminarily, detectives believe the victim and suspect got into an argument that escalated into the fatal shooting. Crawford and Proctor were friends.
Crawford is charged with first degree murder.
Anyone with information on Crawford's whereabouts is asked to call the Prince George's County Police Department's Homicide Unit at 301-772-4925. Callers wishing to remain anonymous may call CRIME SOLVERS at 1-866-411-TIPS (8477), text "PGPD plus your message" to CRIMES (274637) on your cell phone or go to http://www.pgpolice.org and submit a tip online.