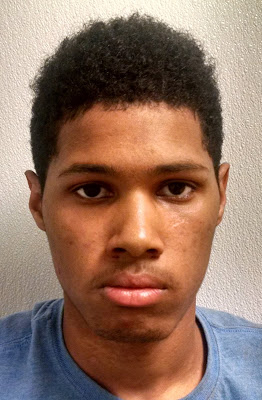 On December 13, 2015, at about 9:45 pm, patrol officers were called to the 2900 block of Tucker Road for the report of a crash involving one car. When they arrived, patrol officers found Williams inside the car suffering from stab wounds. He was pronounced dead on the scene.

The preliminary investigation reveals the victim and suspect got into an argument that escalated into the fatal stabbing. Right after being stabbed, Williams got into the car to try to leave the scene, but died of his injuries a short time later. Williams was a family friend of the suspect. Hawkins was arrested a short time after the homicide not far from his home. He is charged with first and second degree murder. He’s in custody of the Department of Corrections on a no bond status.

Anyone with information about this homicide is asked to call the Prince George’s County Police Department’s Homicide Unit at (301) 772-4925. Callers wishing to remain anonymous may call CRIME SOLVERS at 1-866-41-TIPS (8477), text “PGPD plus your message” to CRIMES (274637) on your cell phone or go to www.pgcrimesolvers.com and submit a tip online.
Posted by Prince George's County Police at 1:57 PM