Boyfriend Charged in Connection With Fatal Shooting in Fort Washington 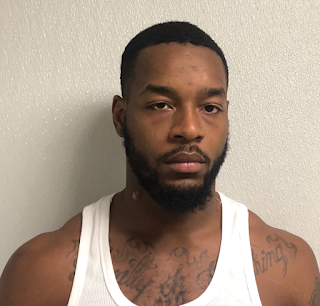 Detectives arrested a man in connection with a shooting that fatally wounded his girlfriend inside of a Fort Washington home in April. The suspect is 19-year-old Jamal Speaks of the 7000 block of Greenleaf Road in Palmer Park. The victim is 18-year-old Saniyah Floyd of Walker Mill Road in Capitol Heights.

On April 7th, at approximately 10:30 pm, patrol officers responded to a home in the 13000 block of Buchanan Drive. Officers found Floyd in a bedroom suffering from a single gunshot wound. She was pronounced dead on the scene.

Initially, responding officers and detectives were advised by witnesses that the victim accidentally shot herself. An autopsy revealed that her wound could not have been self-inflicted, and the medical examiner ruled her death a homicide.

The subsequent investigation revealed that Speaks had illegally purchased the gun and had been playing with the gun throughout the day.  At approximately 10:30pm that night, Speaks fired the weapon one time, striking the victim. Speaks then placed the gun in the victim’s hand to make it appear as if she had shot herself. He has admitted his involvement in this incident.

Detectives presented the evidence to a Prince George’s County court commissioner and Speaks was charged with first degree murder, second degree murder, assault and weapons charges. He is in the custody of the Department of Corrections on a no-bond status.

If anyone has information relevant to this investigation, they are asked to please call our detectives at 301-772-4925.  Callers wishing to remain anonymous may call Crime Solvers at 1-866-411-TIPS (8477), or go online at www.pgcrimesolvers.com, or use the “P3 Tips” mobile app (search “P3 Tips” in the Apple Store or Google Play to download the app onto your mobile device.) Please refer to case 19-0020503.
﻿