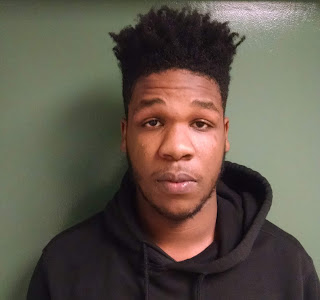 Homicide Unit detectives arrested and charged two suspects in connection with a fatal shooting in Suitland in February. The suspects are 18-year-old Rahsan Walker of the 2000 block of Brooks Drive in Suitland and 18-year-old Marvin Brown of the 3000 block of Swann Road in Suitland. They’re charged with the fatal shooting of 23-year-old Terrell Caldwell of Parkway Terrace Drive.
On February 9th, at approximately 10:40 am, patrol officers responded to the 3400 block of Parkway Terrace Drive for the report of a shooting. The victim was located inside of an apartment building suffering from gunshot wounds. He was pronounced dead on the scene.
The preliminary investigation reveals the suspects shot the victim during an attempted robbery. The suspects are charged with first degree murder and related charges. They are both in the custody of the Department of Corrections on a no-bond status.
If anyone has information relevant to this investigation, they are asked to please call detectives 301-772-4925.  Callers wishing to remain anonymous may call Crime Solvers at 1-866-411-TIPS (8477), or go online at www.pgcrimesolvers.com, or use the “P3 Tips” mobile app (search “P3 Tips” in the Apple Store or Google Play to download the app onto your mobile device.) Please refer to case 19-0008351.