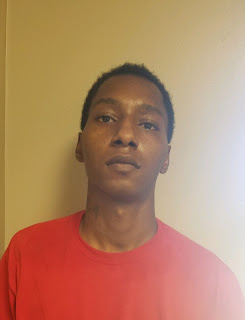 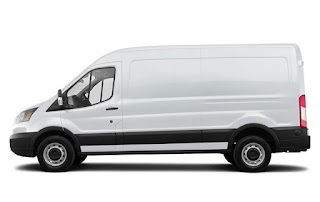 Prince George’s County Police detectives charged a suspect who exposed himself multiple times to the same victim. He is identified as 24-year-old Martin Briscoe of the 1300 block of Wildwood Parkway in Baltimore.
On June 27th, at approximately 6:00 pm, patrol officers were called to the area of Backus Drive and Cory Drive outside of the city of Bowie for the report of a suspicious person. When they arrived, they spoke with the adult female victim who stated a man driving a white Ford van exposed himself to her three times as she walked in the area. She called police as soon as she got home. An investigation into the incident was immediately opened.
On June 28th, the detective assigned to investigate the indecent exposure report heard another call for a suspicious person in a white van go out over the police radio. This call originated in the same neighborhood as the day before. When the detective arrived, patrol officers were talking to Briscoe. Based on evidence gathered by the detective, Briscoe was arrested and charged.
The investigation reveals Briscoe was working as a package delivery driver for a company based out of Ohio. His routes were in Prince George’s County.
Detectives would like to speak to anyone who may have had a similar encounter with Briscoe. He’s been charged with indecent exposure.
Anyone with information on Briscoe or this case is asked to call the Prince George’s County Regional Investigation Division-Central Region at 301-772-4911. Callers wishing to remain anonymous may call Crime Solvers at 1-866-411-TIPS (8477), or go online at www.pgcrimesolvers.com, or use the “P3 Tips” mobile app (search “P3 Tips” in the Apple Store or Google Play to download the app onto your mobile device.) Please refer to case 19-0037794.