Right now, PGPD patrol officers are fanned out across the county, serving and protecting the residents of Prince George’s County. Too often, their good work goes unnoticed. Here are the Patrol Officers of the Month for September.

District I Patrol Officers of the Month 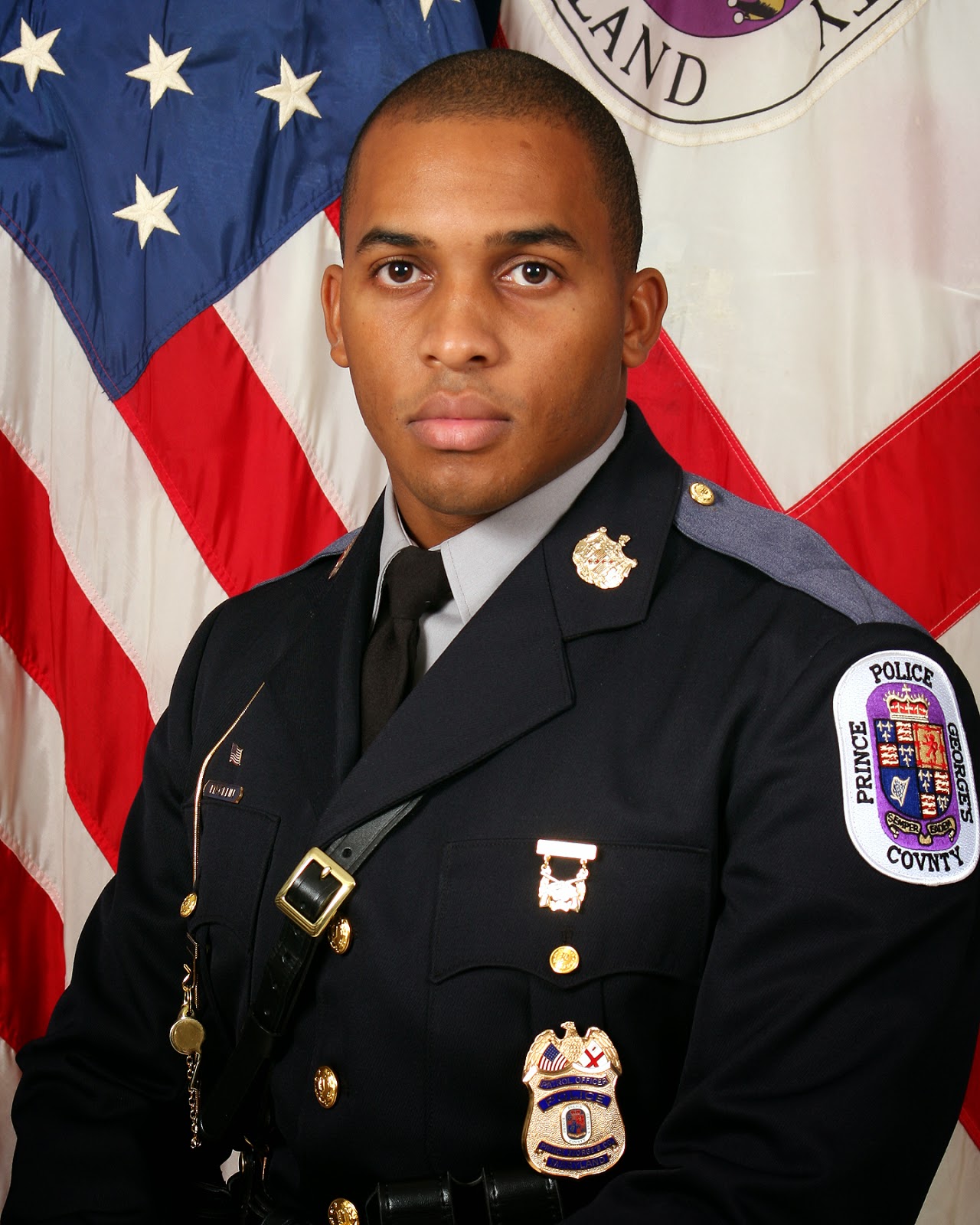 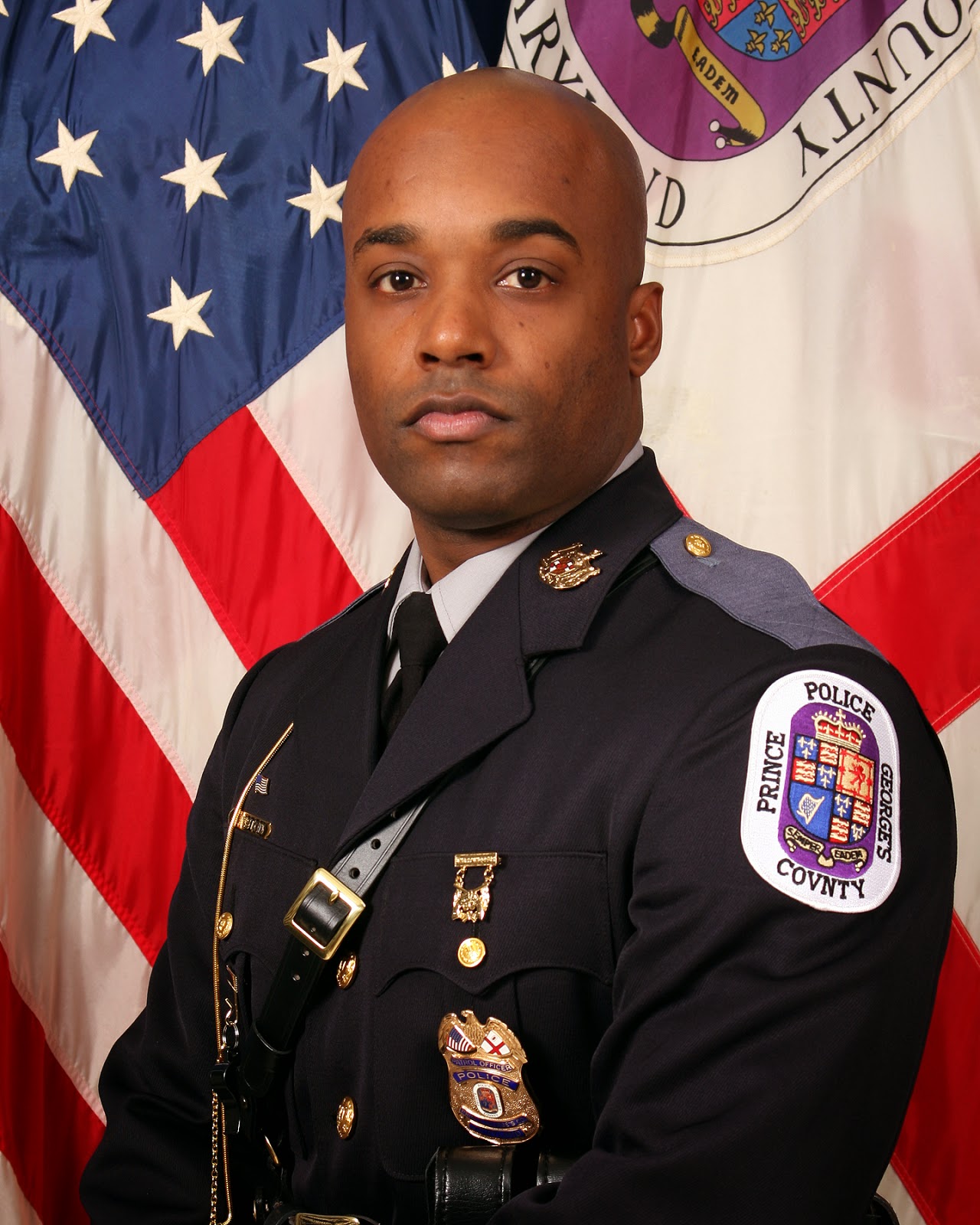 On September 24, 2014, Police Officers Ryan Macklin and Stewart Winston were on patrol in the Kenilworth Avenue corridor in Riverdale when they conducted a traffic stop. While talking to the driver, the patrol officers smelled an odor of marijuana coming from the car. A search of the car recovered 30 grams of methamphetamine, thousands of dollars in cash and marijuana. The driver was arrested. 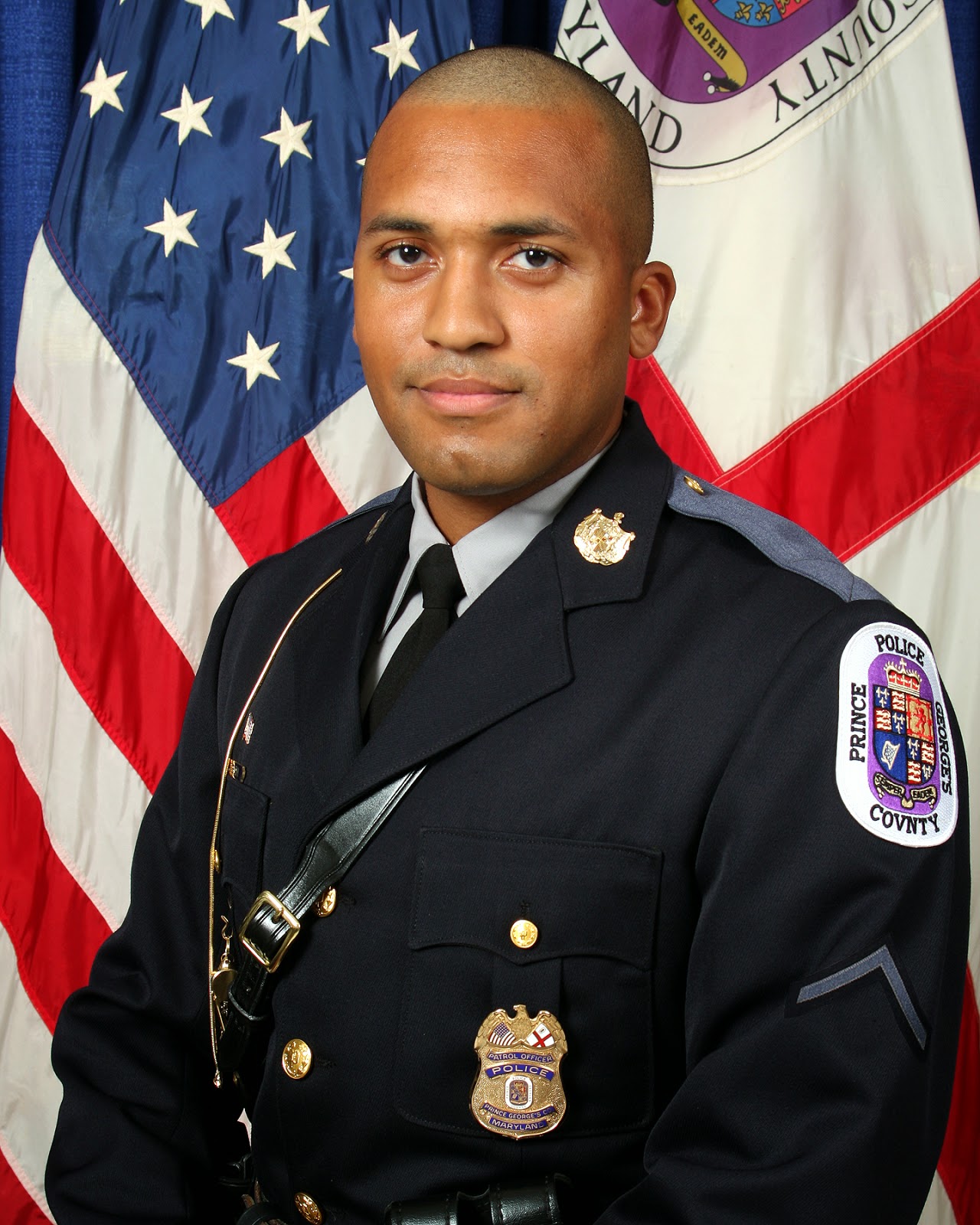 On September 16, 2014, Police Officer First Class Ricardo Watson spotted two parked and occupied cars on Saint Michaels Drive in Mitchellville. As he approached the cars to talk to the occupants, one of the men tried to run away. He was quickly caught.  During the follow up investigation, POFC Watson spotted a black handgun in plain view by the gear shifter. The driver was arrested. 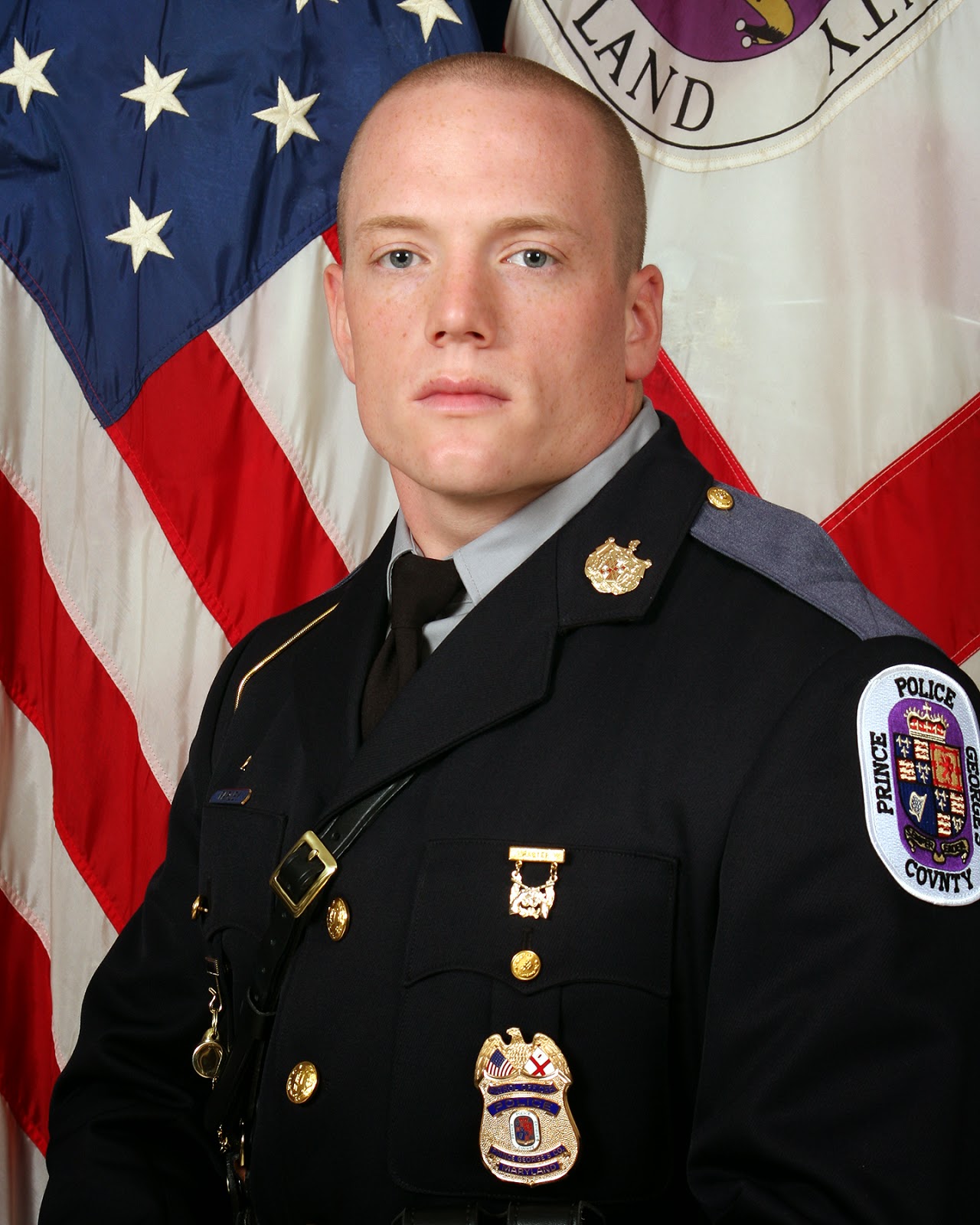 On September 16, 2014, Police Officer Brandon Farley began monitoring a pursuit initiated by a neighboring jurisdiction heading into Prince George’s County. Communications advised the car was wanted for several armed robberies. Officer Farley recognized the car was likely heading for his patrol sector, so he positioned himself in the Bladensburg area. A short time later, the car entered the Bladensburg Waterfront park, struck several parked cars and the driver jumped out. Officers believed the suspect had also thrown a gun into a river. Officer Farley monitored the foot pursuit and again positioned himself where he believed the suspect would come. He spotted the suspect running on Annapolis Road and was able to catch him. The suspect violently resisted arrest and began repeatedly hitting Officer Farley. Despite this assault, Officer Farley was able to subdue the suspect and take him into custody. Officer Farley then also waded into the river to search for the tossed handgun. The suspect is now charged with robbery. 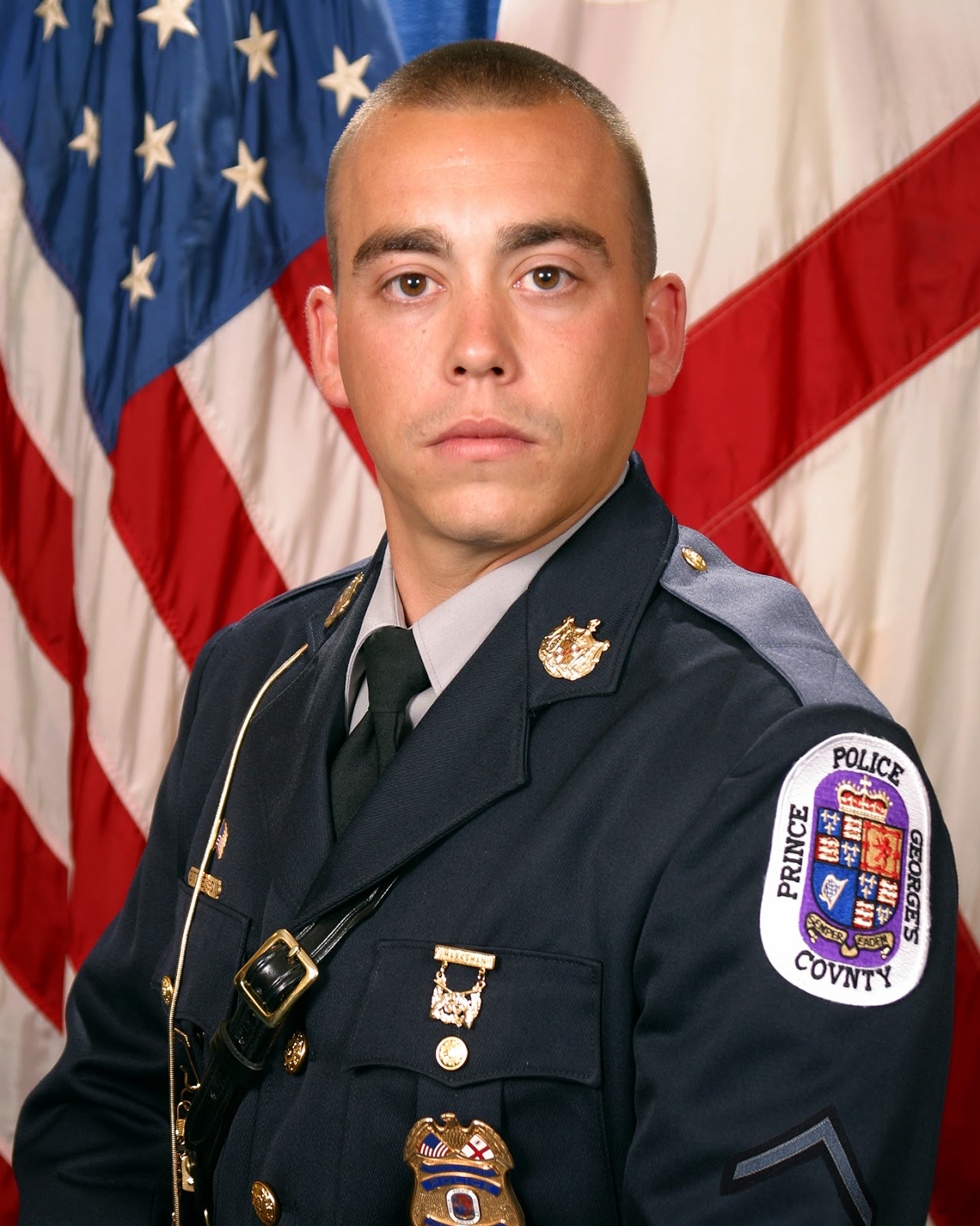 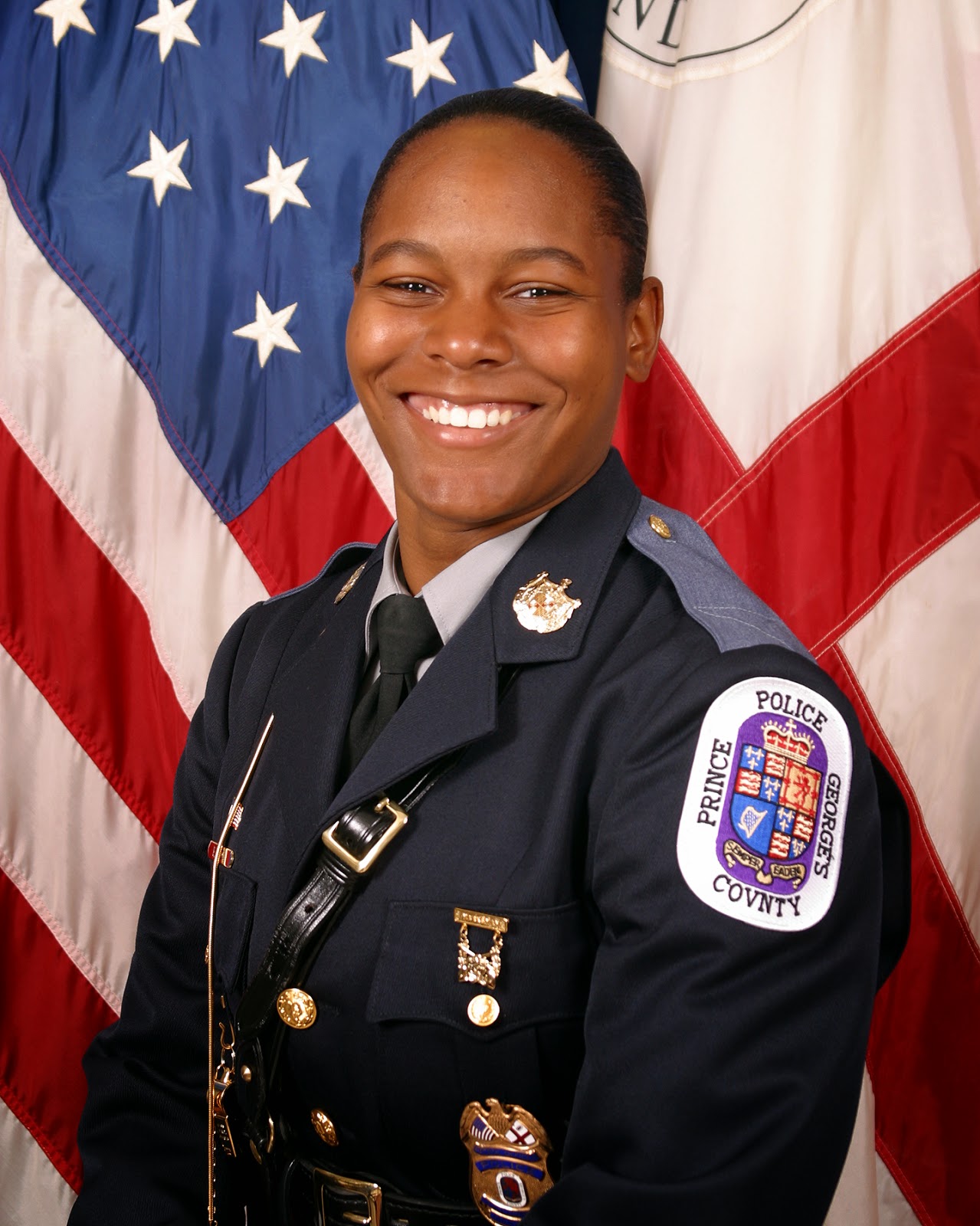 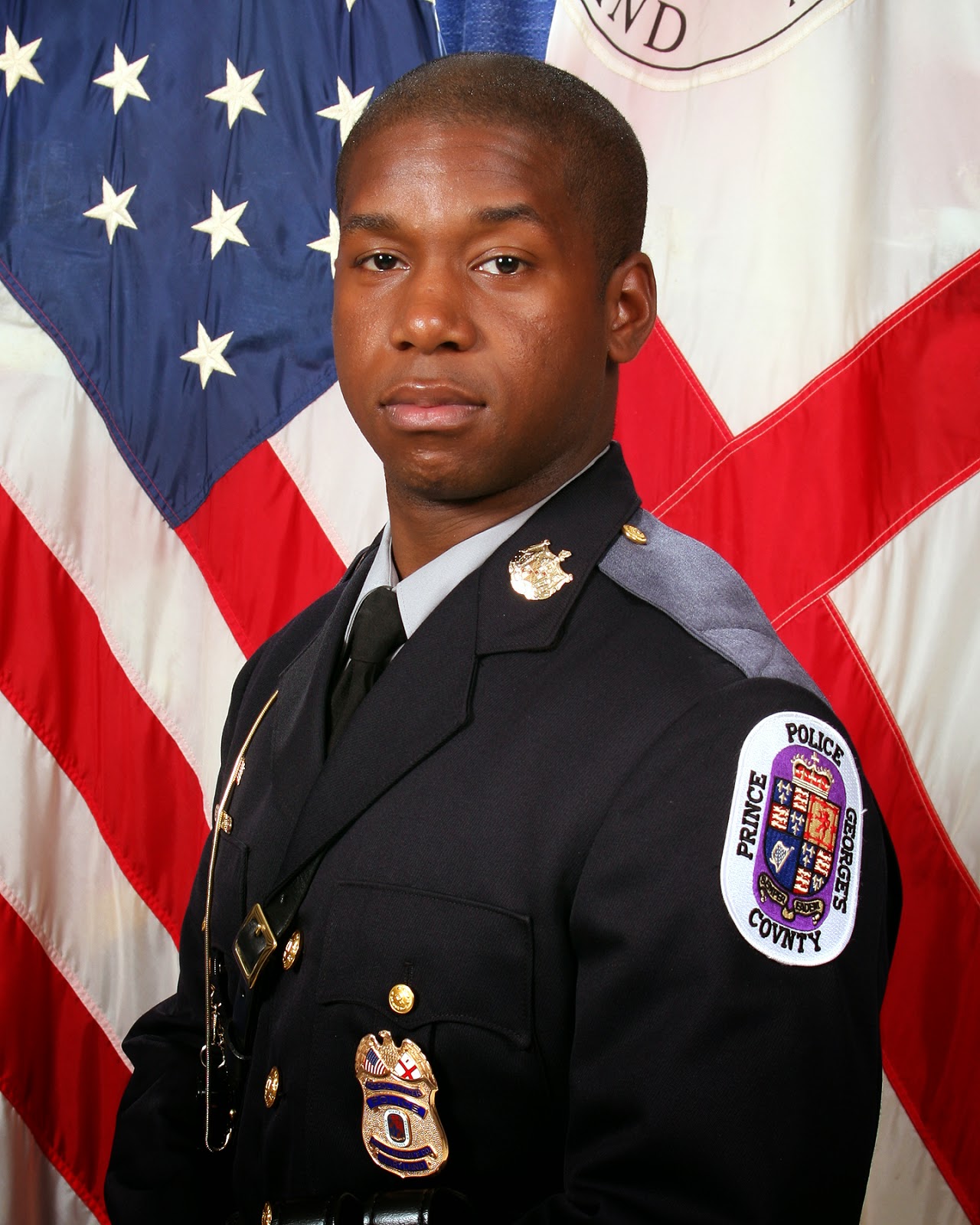 On September 30, 2014, Police Officer First Class Kevin Stevenson and Police Officers Alexis Eason and Jerald Greenwood were flagged down by a victim who had just been carjacked by an armed suspect in a parking lot. The patrol officers were able to spot the carjacked car and tried to make a traffic stop. Instead of stopping, the suspect began to flee. The officers began a pursuit while providing constant communication about the suspect and direction of travel. The pursuit ended after the suspect crashed the car. The suspect still tried to run away but was quickly caught. A loaded gun was recovered in the car. 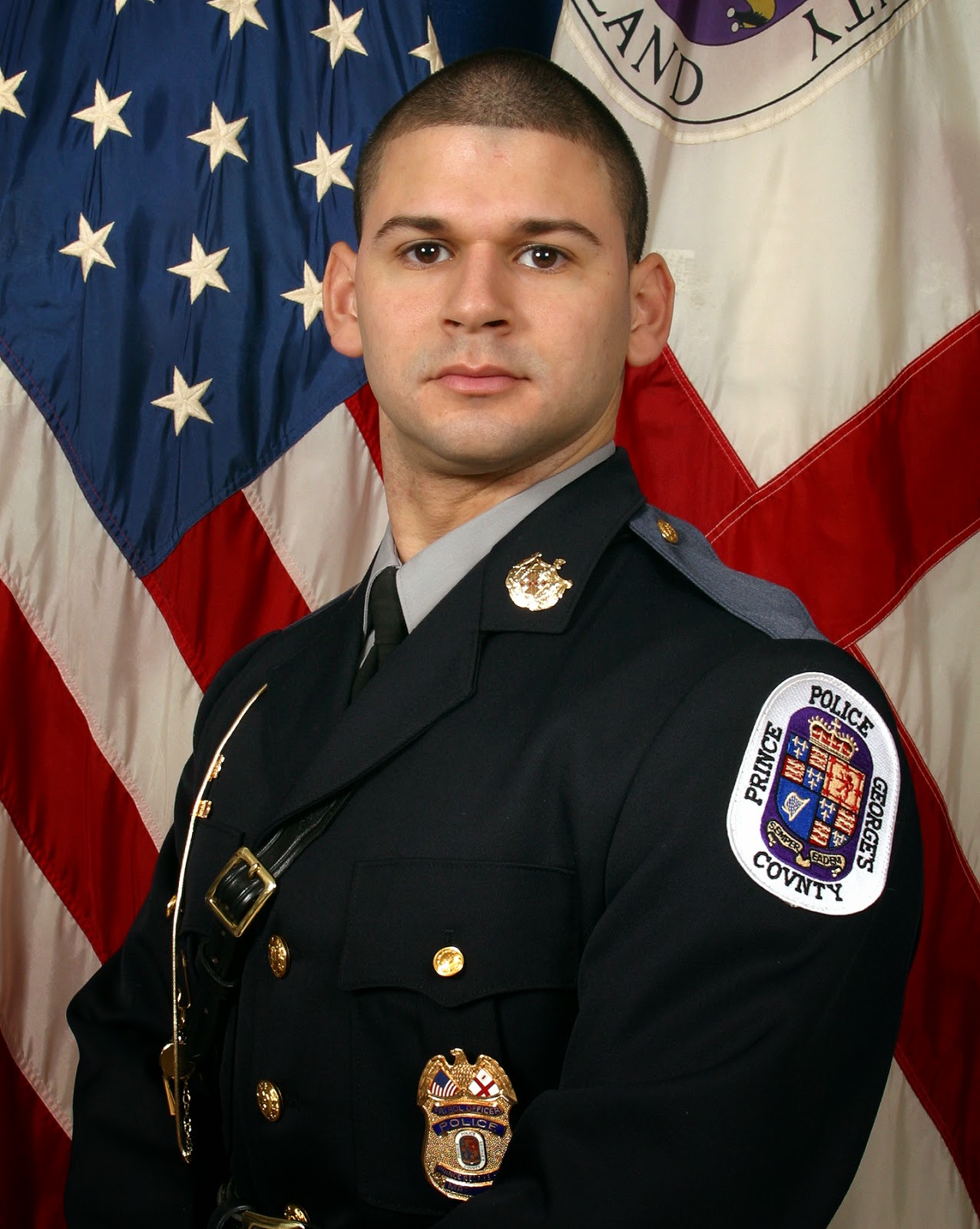 On September 16, 2014, Police Officer Ariel Acosta was on patrol in the area of Surratts Road and Fox Run Drive when he saw a car behind a convenience store with two men inside. The car’s engine was running but its lights were off. As Officer Acosta approached to investigate, he saw that the driver was wearing a black ski mask. At that point, the driver sped away. Officer Acosta followed the car, suspecting that the occupants might have been involved in a commercial robbery. A short time later, the two men ran from the car into some nearby woods. Officers set up a perimeter, after which the two suspects walked out of the woods and were taken into custody. A K9 team searched the woods and found a loaded gun with an extended magazine and two black ski masks. 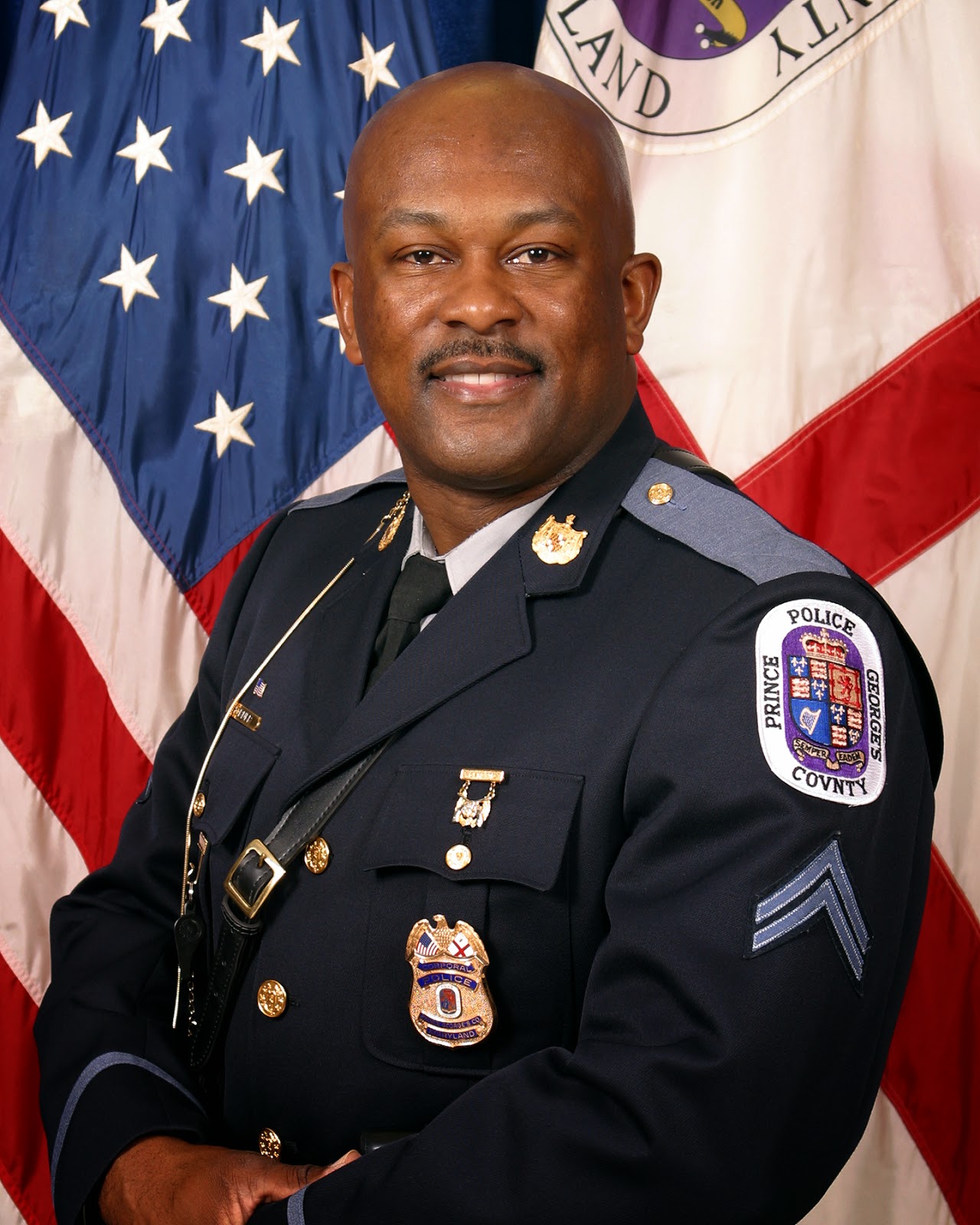 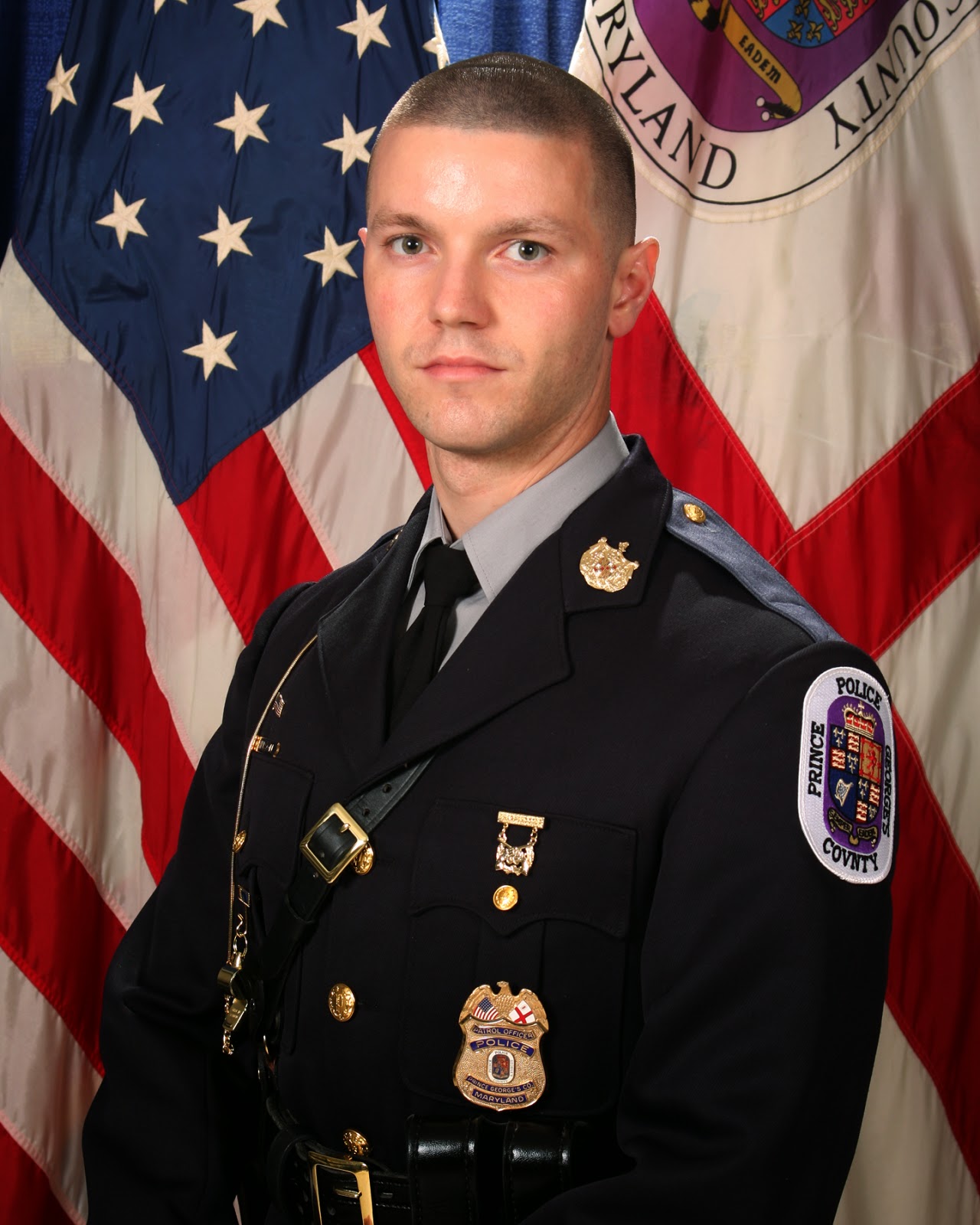 On September 17, 2014, Corporal Arvester Horner and Police Officer Taylor Johnson responded to Arden Way in Laurel for the report of a suicidal person. The man told a dispatcher he no longer wanted to live.  He also said that he had two knives. As the patrol officers approached, they saw that the man had a large knife. While talking to the man, the man began walking towards the officers while reaching for the knife. One of the officers was able to deploy a Taser, allowing the officers to safely take the man into custody. He was taken to a hospital for a mental evaluation.
Posted by Prince George's County Police at 12:14 PM