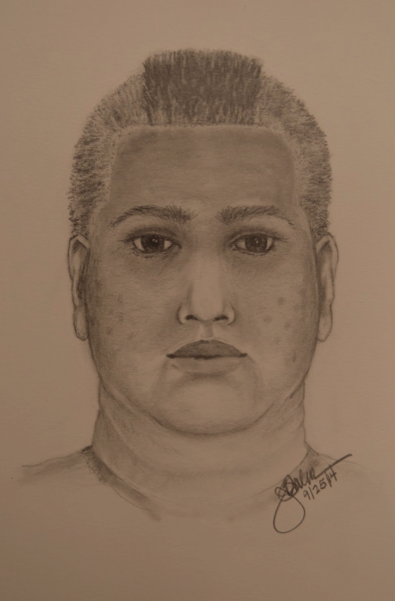 The Prince George's County Police Department is asking for the community's help in identifying the suspect seen in this composite sketch. He is wanted for the sexual assault of two young teenagers in Laurel. A cash reward is being offered in this case.

The preliminary investigation reveals the suspect inappropriately touched the two victims in separate incidents the morning of September 23, 2014. The first occurred between 7:45 am – 8:00 am, the second at about 8:15 am. They both took place on Briarwood Drive at Briarcroft Lane. In both cases, the suspect approached the victims as they walked in the area, touched them inappropriately and then ran away.

The suspect is described as a black male with a heavy build. At the time of the assaults, the suspect had dread locks pulled into a Mohawk style haircut.

Detectives plan to canvass the area of the assaults on Friday morning at 10:00 am. They’ll pass out Crime Solvers flyers with the composite sketch. They’ll begin the canvass at Briarwood Drive and Briarcroft Lane.

Anyone with information on the suspect's identity is urged to contact the Prince George's County Police Department's Regional Investigation Division – Northern Region at 301-699-2601. Callers wishing to remain anonymous can call CRIME SOLVERS at 1-866-411-TIPS.