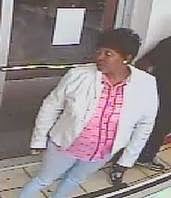 Do you know the woman in these photos? Our detectives are working to identify her. She’s wanted for questioning in connection with a non-fatal shooting on October 17, 2014, in the 5000 block of Sheriff Road in Fairmount Heights. The preliminiary investigation reveals the woman could help identify the shooter in this case. The victim’s injuries were serious, but his condition has improved, thanks in part to the quick work of a responding PGPD patrol officer who was able to seal the victim’s chest wound. Detectives believe the suspect is a man with a medium build. The suspect may have been wearing a blue Helly Hanson jacket, dark pants and black boots at the time of the shooting. The suspect fled in a dark colored four-door car. A cash reward is being offered in this case. If you have information, please call 301-772-4480 or Crime Solvers at 1-866-411-TIPS. You will not have to give your name. 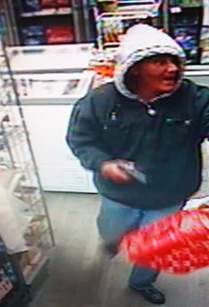 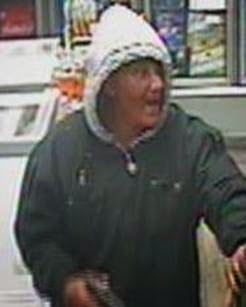 Robbery detectives are investigating an armed robbery at a food market in the 7400 block of Marlboro Pike in District Heights. The suspect targeted the store on October 19, 2014, at about 10:00 pm. He walked into the business, pulled out a gun and demanded cash. The frightened employee complied. The suspect then ran from the store toward Maygreen Avenue. The suspect is described as a black male between the ages of 50 and 55. He’s about 5’8” – 5’10” and had no upper teeth. If you have any information on his identity, please call 301-772-4905.

Please take a moment and watch this surveillance video. It shows a recent armed robbery at a convenience store on Kettering Drive in Upper Marlboro.  One of the suspects is seen at the counter when the second suspect walks into the shot behind the counter. He begins snatching money from the register. Both suspects then begin to walk out, but before they get out of the door, they spot someone outside prompting them to drop some of the stolen items. The suspects then ran away. If you recognize either of the suspects, please call 301-772-4905 or Crime Solvers at 1-866-411-TIPS. 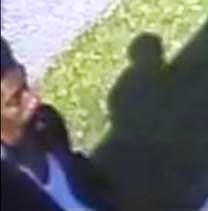 Detectives with our Regional Investigation Division – Southern Region want to identify this man and find this car. He is wanted for a burglary on October 8, 2014, in the 1900 block of Orchard Hill Drive in Fort Washington. At the time, the car had “for sale” information written in the back right window.
The investigation reveals the suspect broke into a home and stole a television. If you have seen this car or know this suspect, please call 301-749-5064. 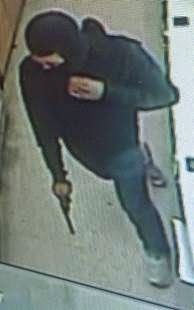 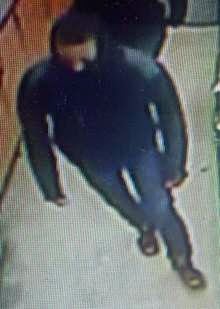 Detectives are also working to solve a robbery at a sub shop in the 6700 block of Annapolis Road in Landover Hills. The suspects in the surveillance photos robbed the business on October 19, 2014, at about 7:15 pm. If you recognize either suspect or have information on this robbery, please call 301-772-4905 or Crime Solvers at 1-866-411-TIPS.

Detectives are still searching for this suspect, who robbed a gas station on May 2, 2014, in the 4900 block of Annapolis Road in Lanham.  We brought you the first part of this video last week.  Investigators have also obtained a second surveillance video. Both videos show the suspect at nearby businesses, a short time after the robbery.  If you recognize him, please call 301-772-4905 or Crime Solvers at 1-866-411-TIPS. You will not have to give your name and could be eligible for a cash reward.
Posted by Prince George's County Police at 1:43 PM