Robbery Unit detectives identified and arrested the man wanted for a string of armed robberies at convenience stores in the county. The suspect is 54-year-old Glen Anthony Williams of the 1800 block of Valley Terrace in Southeast, DC.

We first released surveillance images of the suspect on May 25th after he committed two armed robberies. Our investigation revealed he was linked to a total of four robberies of convenience stores over a six-week period. In each case, he stole cigarettes. No one was hurt in the robberies. 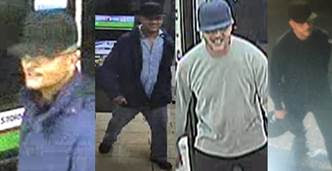 Williams is now charged with armed robbery and is in the custody of the Department of Corrections.