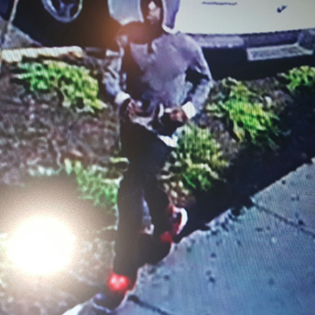 We’d like this first suspect to run our way and turn himself in. He was caught on surveillance camera running from a robbery in the 3400 block of Claire Drive on June 1st around 3:30 pm. The investigation reveals he approached the victim, demanded his property and then the suspect ran away. The victim wasn’t hurt. If you know this suspect, call 301-772-4425 or Crime Solvers at 1-866-411-TIPS. A cash reward is being offered. 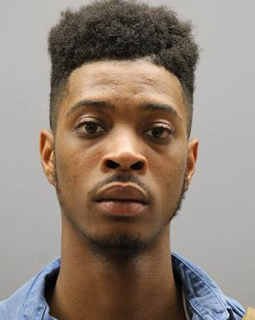 We’re looking for Auctavis Blackwell of the 5700 block of Southern Avenue in Southeast DC in connection with a burglary. The burglary happened on May 14th on Bellbrook Court in Temple Hills. Please call 301-749-5064 with any information on where we can find him. 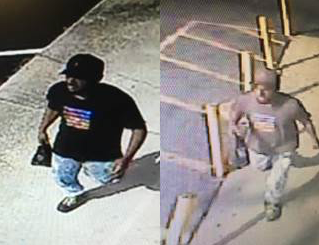 The suspect in these photos is wanted for a robbery on June 1st around 9:15 am. The robbery happened at Annapolis Road at Finns Lane. The investigation reveals the man walked up to the victim and stole her cash. Please call detectives at 301-699-2601 or Crime Solvers at 1-866-411-TIPS with information on this case.

Detectives with our Regional Investigation Division – Central Region are asking our community to take a look at this surveillance video. We’re looking for the two men seen on the video in connection with two separate armed robberies and one attempted robbery. In each of these cases, the suspect had a gun. None of the victims were hurt. The suspects are linked to three robberies in the Suitland Road area between April 30th and May 12th. Anyone with information on the identity of either suspect is asked to call 301-772-4425. Callers wishing to remain anonymous may call Crime Solvers at 1-866-411-TIPS.
Posted by Prince George's County Police at 12:11 PM