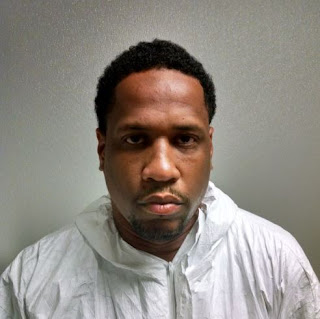 The Homicide Unit arrested a suspect in connection with a fatal shooting on Wednesday. The victim is 29-year-old James Albert Haywood of 55th Avenue in Hyattsville. The suspect is 35-year-old Jason Timothy Herring of the 9900 block of Mallard Drive in Laurel.

At about 5:15 pm on June 15th, patrol officers were called to the 3500 block of 55th Avenue in the unincorporated area of Hyattsville for the report of a shooting. When they arrived, officers found the victim suffering from a gunshot wound inside of his home. He was taken to a hospital where he died a short time later. There was a second victim in the home who wasn’t hurt.

The preliminary investigation reveals the fatal shooting stemmed from an ongoing dispute between the victim and suspect.
The suspect is charged with first and second degree murder as well as attempted murder. He is in the custody of the Department of Corrections.