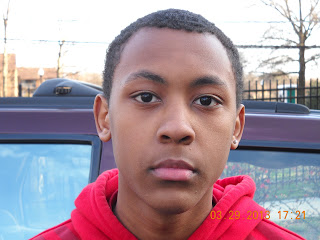 
The Prince George’s County Police Department arrested a suspect for shooting at an on-duty police officer.  The officer was not hurt.  The suspect is identified as 16-year-old Andre Christopher Rivers of the 13500 block of Attleboro Court in Laurel.  He is being charged as an adult in the case.

On March 29, 2013, at approximately 6:00 pm, the officer was patrolling in Laurel in his marked police cruiser.  While on Contee Road, the patrol officer heard a projectile strike his driver's side door, just under the window.  The patrol officer believed he was being fired on and immediately requested a search of the area. 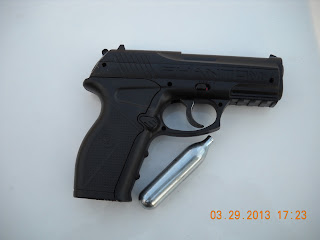 A short time later, patrol officers stopped Rivers near Edinburgh Lane and Contee Road.  The preliminary investigation reveals Rivers shot at the patrol officer with a BB gun.  The BB gun was recovered.  Rivers was taken into custody without incident.  He is charged with first degree assault and related charges. He is in the custody of the Department of Corrections being held on a $75,000 bond.

Anyone with any information about this case is asked to call the Prince George’s County Police Department’s RID/North at (301) 937-0910. Callers wishing to remain anonymous may call CRIME SOLVERS at 1-866-411-TIPS (8477), text “PGPD plus your message” to CRIMES (274637) on your cell phone or go to http://www.princegeorgescountymd.gov/police/.
Posted by Prince George's County Police at 5:35 PM