The Prince George’s County Police Department arrested a suspect for stealing Apple products from her employer.  She is identified as 32-year-old Elicia McCollum of the 8000 block of Allendale Drive in Landover. 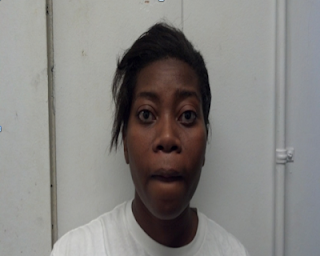 The investigation reveals McCollum stole approximately $13,000 worth of Apple products from her employer, Cast Retail, between January and February 2013.  Cast Retail supplies retailers with vending machines which sell Apple products.  McCollum would pick up the merchandise and keep the products instead of delivering them to the retailers. Detectives believe McCollum then sold the items at pawn shops and online. 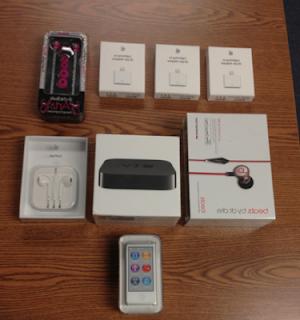 During the investigation, detectives recovered approximately $1000 worth of Apple products.  McCollum was arrested on March 12, 2013. She admitted her involvement in the thefts.  McCollum is charged with felony theft.
Anyone with information about this is asked to call the Prince George’s County Police Department’s Organized Retail Crime Unit at (301) 699-2941.
Posted by Prince George's County Police at 2:11 PM