The Prince George’s County Police Department arrested a suspect for the murder of 20-year-old David Esequel Avelar in College Park.  The suspect is identified as 20-year-old Edwin Morales of the 3300 block of Monterey Lane in Southeast Washington.  He was arrested on March 1, 2013, in the 3000 block of 14th Street in Northwest Washington. 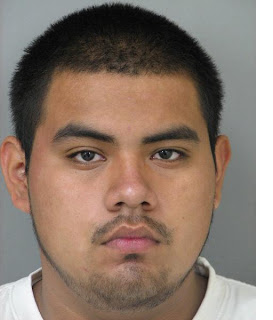 On February 24, 2013, at approximately 4:00 am, patrol officers were called to the 9100 block of Baltimore Avenue in College Park for the report of a shooting.  Upon arrival, patrol officers found Avelar suffering from a gunshot wound.  He was taken to a local hospital where he was later pronounced dead.

The investigation reveals the murder is gang-related. Avelar had been attending a party at a hotel on Baltimore Avenue. A fight broke out in the parking lot between the group the victim was with and a second group attending a separate party at the same hotel.  Detectives have determined Morales shot Avelar during the fight.

Morales is charged with first and second degree murder and related charges.  He is in custody in Washington, D.C. awaiting extradition to Prince George's County.

NICE BLOG!!! Education is the process of bringing desirable change into the behavior of human beings. It can also be defined as the “Process of imparting or acquiring knowledge or habits through instruction or study”. Thanks for sharing a nice information.
bed distance education